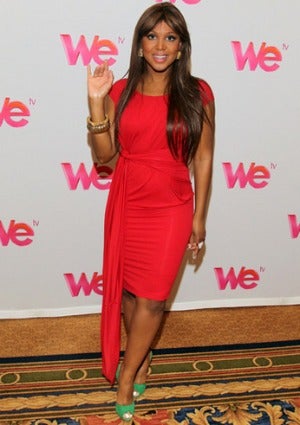 Television is now a family affair for singer Toni Braxton. The Grammy-winning voice behind “Unbreak my Heart” and “You’re Making me High” will appear on the WE network reality series, “Braxton Family Values.” Braxton, alongside her mother Evelyn and four sisters, will air their family drama starting this April.

The show chronicles the dynamic family of five and their reality-dramas ranging from inevitable sibling rivalries to bankruptcy and even Evelyn’s daunting return to dating.

“My mom is newly divorced after 35 years. So it’s a bit challenging, and you see that on the show,” said Toni about her mother’s role in the show. “We portray her trying to date and get a life. It’s very challenging for her because she and my dad had been together since she was 14 years old. So you see a woman coming full circle and trying to redefine herself.”

“New Year, New opportunities. So I have been considering taking up Playboy’s offer to feature me on their cover this year. What you think?” Braxton recently Tweeted. “I would love to pose with Hugh Hefner though. He’s the sexiest guy I know over 30 ;-)”

What are your thoughts on Toni’s upcoming reality tv show – smart career move or step into TV turmoil?