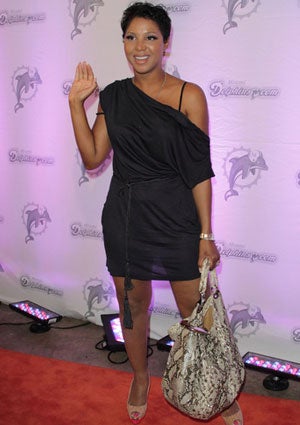 After filing for bankruptcy twice, Toni Braxton is now on track to reclaim financial freedom after completing a court-ordered class on personal financial management. The singer was required to enroll in the course as part of the legal agreement following her second bankruptcy last year.

Currently, Braxton stars alongside her sisters in a new reality series, “Braxton Family Values,” but she is not relying on the show to help her rebound financially. She told “Sister 2 Sister” magazine, “The reality show is not how I am really getting paid. Who said reality shows make you rich?” Braxton went on to hint at why she could be drowning in debt. “I need millions to maintain my lifestyle that I’ve grown accustomed to,” she said.

In addition to keeping up a lavish lifestyle, Braxton credits her money woes to various health issues which have hindered her ability to work and perform. The Grammy-winning songstress was forced to cancel several sold-out shows that she paid for in Las Vegas after falling ill. Braxton’s debts ranged from $10 to $50 million at the time of her filing.