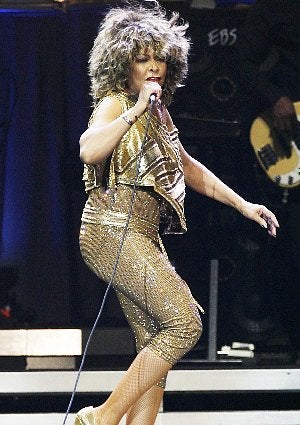 The trend of Facebook users campaigning for their favorite celebs is here to stay. Their latest mission is to get Tina Turner a Grammy Lifetime Achievement Award. Three Turner lovers — Shaun Rasmussen in New York, Anja Offerman in Germany and Richard Hudson in the United Kingdom — launched the Tina Turner for Grammy Lifetime Achievement Award Facebook campaign. To date, the page has received more than 10,500 likes. “Tina Turner is one of the world’s most popular entertainers,” the Facebook page reads. “She is the most successful female rock artist in music history. … Ms. Turner’s records have sold nearly 200 million copies world wide. Additionally, she has broken concert attendance records worldwide and has sold more concert tickets than any other solo music performer in history.” These guys really know what they’re talking about. The trio even posted videos on YouTube to garner more attention for their campaign. For now, Facebook administrators have halted Rassmussen, Offerman and Hudson from updating the page, but if you agree with their cause, you can still “like” it here.