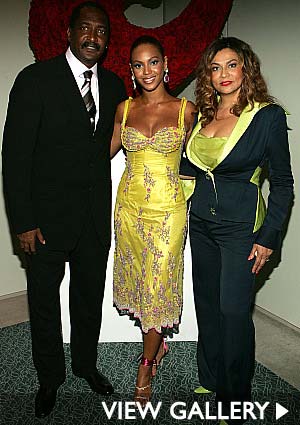 After 29 years of marriage, Tina Knowles filed for divorce from her husband–father of their superstar daughters Beyonce and Solange–Mathew Knowles, TMZ reported on December 18. The couple released a statement to the Associated Press on Friday that read, “The decision to end our marriage is an amicable one. We remain friends, parents, and business partners.”

Tina and Mathew Knowles have been the backbone of the Beyonce operation for many years, Mathew as her manager and Tina as her costume designer. Beyonce and her mother even created the clothing brand House of Dereon together.

TMZ speculates that since Mathew has been Beyonce’s manager since day one, the split could be profitable for Tina. Still, breaking up is hard to do, especially after nearly three decades of marriage and cultivating two pop sensations, who happen to be their daughters, together. However, the soon-to-be ex-couple says, “If anyone is expecting an ugly messy fight, they will be sadly disappointed”

They asked for the public to respect their privacy.