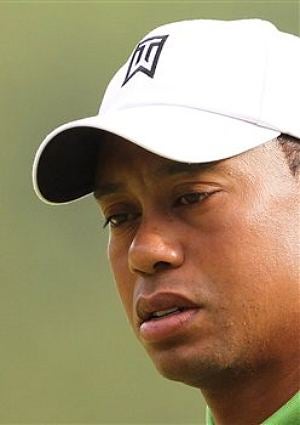 Tiger Woods is back in the spotlight, trying to rebuild his image with a softer and gentler tone. This week the pro-golfed joined Twitter and penned an editorial for Newsweek about his struggles in the past year. “[I’m] just more clear, more clear about my perspective, who I am, where I want to go,” he wrote in the piece, which he titled “How I’ve Redefined Victory.” But the big question everyone is asking is “why now?” Well, it could be because Thanksgiving marks the one-year anniversary of his now infamous altercation with his ex-wife Elin Nordegren, and we can expect every news outlet to rehash the events of that fateful night. “The physical pain from that car accident has long healed,” writes Woods, “But the pain in my soul is more complex and unsettling; it has been far more difficult to ease–and to understand.” Lucky for Tiger, everyone has moved on from this story (Tony Parker, another athlete who allegedly cheated, is in the doghouse this week), and maybe he should too. While Woods may be genuinely “suffering” in his personal life, asking for the our empathy at this late stage is as lame as when he claimed he was sex addict after he got caught cheating.