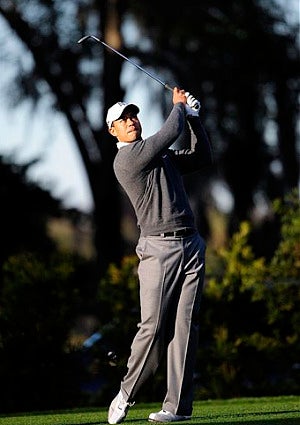 Judy Smith has had a high profile career as a crisis management consultant. As President of Impact Strategies, she has handled a wide array of crises involving Fortune 500 companies, political figures, celebrity and sports figures. ESSENCE.com reached out to Smith for an insider’s perspective on Tiger Wood’s very controlled press conference at 11 AM EST this morning. ESSENCE.com: Is having only one camera and hand-selected journalists there to cover the media event going to fly? As of this morning, the Gold Writers Association of America is reportedly boycotting this event. JUDY SMITH: There will be several journalists who will be unhappy about missing an opportunity to ask questions. There will also be those that may think the set-up comprises his level of commitment to actually face the music. On the other hand, in order for people to be believable they have to be in an environment that allows them to be comfortable. A media free-for-all would turn into a circus and not accomplish anything. Controlling one’s environment is as important as controlling one’s message, especially in light of the intense media coverage this crisis has generated. ESSENCE.com: Can this event tomorrow help Tiger make a true comeback? SMITH: Tiger Woods is an icon and the American public is very forgiving. His public statements are just a step on the road to getting his professional life on track. Consistency in the message he is trying to convey will be critical. ESSENCE.com: What does Tiger need to say tomorrow to the media? SMITH: First and foremost, he needs to show his sincerity and his remorse for the situation. He needs to apologize to his wife and family, the fans he let down and the game. He also needs to acknowledge that he has not handled the situation properly. ESSENCE.com: Will it matter if his wife Elin is at his side? SMITH: Yes and no. If he is committed to making his marriage work and moving forward in that direction, then it is a positive. If it is just an illusion of a real relationship then it won’t work. The American Public is too smart for that, and will see through it. ESSENCE.com: This event at TPS Sawgrass takes all attention from his golfing pro peers–is that detrimental? Will it create bad will, even though he was known for such behavior during his career? SMITH: For better or worse, Tiger Woods is the biggest name in golf and one of the biggest sports icons in the world. As we’ve seen throughout this process, his actions, both good and bad, will make news. Ironically, I don’t think you saw this criticism from other golfers when Tiger’s playing led to larger audiences, increasing the awareness and visibility of the game, which in turn led to bigger paydays for players on the tour. ESSENCE.com: Does holding the event on Friday in some way spite Accenture in some way since they were one of the first sponsors to dump him? SMITH: Regardless of when Tiger eventually chose to make his remarks, there would be critics. I think that suggestion is perhaps reading too much into the situation. ESSENCE.com: Can Tiger recover from this scandal? It is too late to make amends? SMITH: It is never too late to apologize and work to make things right. What is going to be important is how he comes across and not only what he says but how he leads his life. Read more: