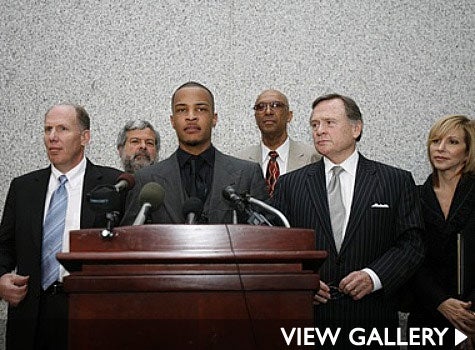 Rapper T.I. is out of jail and on his way to his home state, Georgia to complete his sentence at half way house, Dismas Charities Atlanta West, where he will stay for the next three months, according to TMZ.

The Southern rapper whose real name is Clifford Joseph Harris, Jr. was supposed to serve a minimum of three months at the Arkansas Forrest City correctional facility for purchasing illegal weapons. However, earlier this month, T.I.’s lawyer Steve Sadow told XXL that his client might be up for an early release, BET reported. Apparently, the Federal Bureau of Prisons has granted Harris a decreased sentence.

T.I.’s personal journey before jail was featured in a documentary series called “T.I.’s Road to Redemption: 45 Days to Go” which aired on MTV.” Following his release from Dismas Charities, T.I. is expected to complete 23 days of house-arrest and 500 hours of community service.