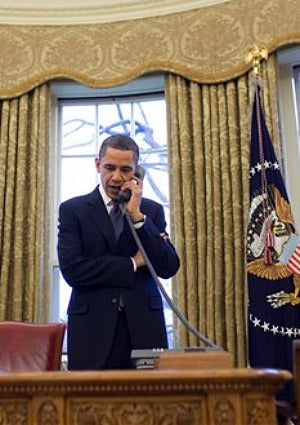 Threats against Democratic members of Congress are growing. The string of hateful incidents kicked off last Sunday at a Tea Party demonstration, where protestors allegedly shouted racial slurs at African-American Representative John Lewis, a homophobic epithet at openly gay Representative Barney Frank, and spat on African-American Representative Emmanuel Cleaver.  Defenders say that folks are simply spurred by ideological disagreements over health care reform, arguing that the law infringes on the U.S. Constitution. “When you use totalitarian tactics, people, you know, begin to act crazy,” Republican Representative Devin Nunes said on C-SPAN, about last Sunday’s antics. “I think that people have every right to say what they want. If they want to smear someone, they can do it.” (Totalitarian tactics, by the way, meaning a majority-rule vote.) Republic Representative Steve King also dismissed the behavior, with this non sequitur: “I just don’t think it’s anything. There are a lot of places in this country that I can’t walk through. I wouldn’t live to get to the other end of it.” GOP denouncements did come, however, from House Minority Leader John Boehner who called the behavior as “reprehensible,” and Republican National Committee Chairman Michael Steele who said the protestors were “idiots out there saying stupid things.” In the days since, at least ten House Democrats have reported death threats, or incidents of harassment or vandalism at their district offices, and have been offered personal protection by Capitol Police. On Wednesday the FBI and Capitol Police briefed more than 100 House Democrats on the threats. After Tea Party activists posted the address of what they thought was the home of Democratic Representative Tom Perriello (but turned out to be his brother’s house), a gas line was cut at the home. Perriello said a threatening letter was also sent to his brother’s house. Last Friday an Alabama militia leader called for online followers to break the windows of Democratic officers. “And if we do a proper job,” he wrote, “If we break the windows of hundreds, thousands, of Democrat party headquarters across this country, we might just wake up enough of them to make defending ourselves at the muzzle of a rifle unnecessary.” Since then, thrown bricks have shattered windows and doors of Democratic offices in three states, including the New York office of Representative Louise Slaughter who also received assassination threat aimed at her and her family members. Representative Bart Stupak was faxed a drawing of a noose and got a voice mail message saying: “You’re dead. We know where you live. We’ll get you.” Threatening a member of Congress is a federal offense, yet people seem more and more emboldened as similar episodes mount around the country. The incidents, sadly, are only bound to grow. Read more: