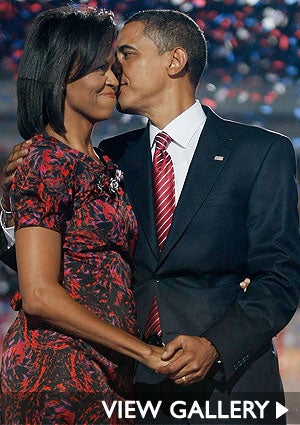 Although the President has officially only been in office since January 2009, the Obama marriage has forced even the most cynical men and women to have a new outlook on the state of our unions. The history-making couple recently sat down with The New York Times to discuss their relationship, being a couple in the public eye and the importance of dating after saying “I do.” In this in-depth New York Times Magazine cover story that hits newsstands today, President Obama reveals how upset he was when critics made a big deal about him taking his wife to dinner and a Broadway show in New York City last Spring. The First Lady also discusses how crucial it is for her to maintain a realistic public image of her relationship with the President.

“If my ups and downs, our ups and downs in our marriage can help young couples sort of realize that good marriages take work…” “The image of a flawless relationship is the last thing we want to project,” she said. “It’s unfair to the institution of marriage, and it’s unfair for young people who are trying to build something, to project this perfection that doesn’t exist.” Have the Obamas inspired your relationship and outlook on love at all? Leave us a comment with your thoughts.