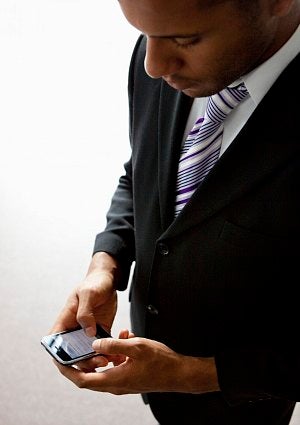 There’s a man on Wall Street walking around calling himself the “sex ninja.” A New York stockbroker in his late 20s, Mark says he knows how to cheat. “I am a ninja of infidelity.” He told New York Daily News. “I have cheated on many of my girlfriends but never once been caught or even suspected of cheating. I really am that good.” Cue the united eye roll. So what’s Mark’s secret to never getting caught? He’s got a few rules that he follows: Mark suggests that men who send random text messages to say “thinking of you” to “give her a sense that the relationship is going great.” It’s not like his relationship is going badly, Mark says. “I’m really happy in my relationship,” he told Daily News. “But I’m human. Someday, I will stop cheating, but I’m young, and figure this is par for the course. Everyone cheats. The trick is just not getting caught. I tend to think that men who get caught want to get caught.” Mark seems to be in the majority of cheaters. According to NY Daily News, a recent survey revealed that 56 percent of men and 34 percent of women who had affairs considered their marriages to be “happy” or “very happy.” There are three characteristics that are linked to cheaters, according to Todd Shakelford at Florida Atlantic University and David Buss at the University of Texas — narcissism, or a heightened sense of self-importance, low-conscientiousness, or a lack of ability to see how one’s actions affect others, and psychoticism, or an inability to control impulses. It’s possible Mark may have all three. Does Mark sound like someone you know? Does someone you know have any of the three cheating traits?