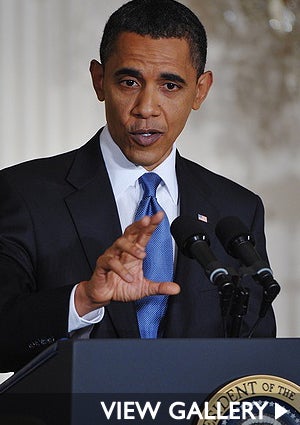 Last month I wrote a piece on President Obama’s Black agenda, as laid out by White House Senior Advisor Valerie Jarrett (Note: She didn’t actually call it a “Black agenda”–that emphasis was mine.) Among the White House-supported initiatives Jarrett touted were healthcare reform and increased funding for historically Black colleges, but a couple of items were still in pending status. I mean, “Not-yet-approved-by-Congress” pending: money for the Black farmers’ discrimination settlement, and funding for youth summer jobs. After a month of seemingly no movement on these issues, last Friday: some progress. The House of Representatives voted on a tax cuts/benefits extensions package, and attached to that was $1.15 billion for Black farmers–thousands of them, who joined a successful discrimination suit against the USDA in 2008, yet are still waiting to receive their settlement payment. With the majority of eligible farmers being over 65 years old, getting the process started is urgent. Some have already died waiting for the money they were owed. Also included in the bill last Friday was $600 million for summer job programs, which would create 300,000 jobs specifically for low-income and at-risk youth between the ages of 16 and 21. The Congressional Black Caucus has been fighting for summer jobs provisions since last November–although at this point there are some questions about whether it will be too late to implement programs for this summer (which officially starts in a few weeks). There are still a few hurdles to clear. The Senate has to also pass this bill before it moves to President Obama, and, unfortunately, Congress is out on recess all week. Still, getting this money allocated in the House is a major step toward finally moving these issues beyond “pending” toward “done.”