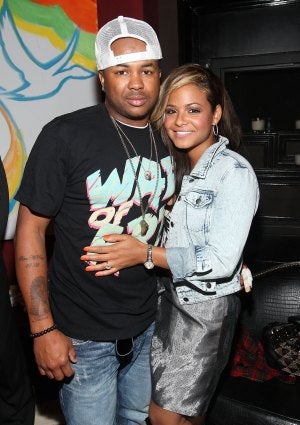 The-Dream, born Terius Nash, didn’t wait until after estranged wife Christina Milian had their baby to file for divorce. Court documents reveal that Nash filed on February 17, nine days before Milian gave birth to the couple’s 5-month-old daughter Violet, according to People. Nash declared that he and Milian had “no hope of reconciliation” and that their marriage was irretrievably broken.” Photos of The-Dream and his assistant Melissa Santiago vacationing together in the Caribbean spread across the blogosphere yesterday. He posted a public apology on his website, saying, “I’m sorry for the embarrassment to everyone involved.”