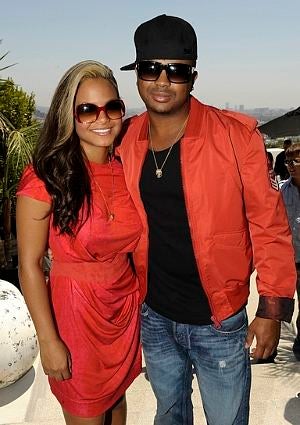 Perhaps it was the leaked photos of The Dream vacationing with his assistant (and Christina Milian’s friend) Melissa Santiago that did him in. Or maybe it was his scandalous interview with ESSENCE.com in which he spoke about not wanting to help out with daughter Violet because it would create “expectations.” Whatever the case the multi platinum-selling producer and singer/songwriter is sorry for “misleading everyone into thinking everything was fine and okay.” The Dream, real name Terius Nash, has written a public apology to his soon-to-be ex-wife, and the public.   “First I want to thank God for the trials of life, without them we can’t know purpose,” he begins in the letter, published on his personal website. “I would love to tell the truth as to why my relationship wasn’t successful, but today that is between me and Christina. Its easy to say that it’s because of another woman or a new relationship but truthfully, IT’S NOT.” It seems like Nash is addressing rumors of being a less than impresseive father when he writes: “I’ve always been a Loving Father, Hard Worker, Generous, Stern and Eager to prove myself. My faults are I can be irresponsible and an ass sometimes, but I HAVE NEVER and WILL NEVER be a malicious person or wish harm to anyone, especially those I love or the mother of my child. I’m sorry for the embarrassment to everyone involved.” He even goes on to say that he once tried to take his own life because of the failure of his marriage. He writes: I’ve cried about this for months, after interviews, after prayer and I’ve tried to take my own life at a point because of the failure that was looming.” He ends on a hopeful note: “This too shall pass! And everything will be fine!”