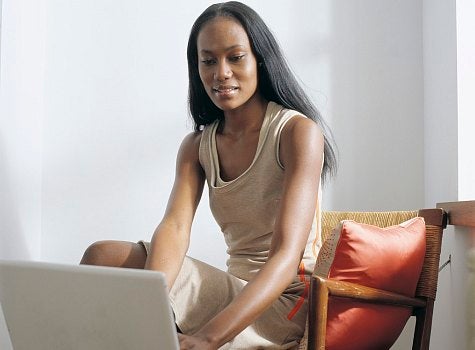 Remember when MySpace gave us the opportunity to secretly stalk our ex-boyfriends and all the new girls they were dating. Then Facebook came along with its heightened security and limited profiles. We had to get sneaky… According to AskMen.com some of us got really sneaky. The popular Men’s Website listed the “Crazy Things Women Do on Facebook.” See if any of these resemble your online behavior. “Women set up fake profiles to follow exes on Facebook” This spans from the petty end of the spectrum — getting a mutual friend to allow you access to your ex’s Facebook page — to the obsessive end — creating a fake persona to befriend an ex and check out what he’s up to. “Women manipulate through Facebook photos” Some women will play Facebook defamation, posting embarrassing images of people who have wronged them — like that time you posted a picture of your ex-boyfriend wearing your bra and a wig on Facebook the day after he broke up with you. “Women post passive-aggressive Facebook status updates” Okay, who hasn’t done this? Be honest. Many women are guilty of “pretending” to not be ticked off with a lover via their Facebook status updates. You’re more likely to show your ex how much fun you’re having without him by posting things like, “Bobbi just got home from the best night of her life!” at 6 a.m. In our defense, men are guilty of doing this too. We’re just saying.  “Women post ambiguous relationship photos” How many photos have you posted on Facebook that feature you with your arms around one of your guy friends or your lips on his cheek? Apparently this behavior confuses guys. We doubt many women will be rushing to their photo albums to delete images. “Posting a fake relationship status” Really? People do this? Apparently some women choose “in a relationship,” when they’re really, “in limbo.” Ladies, if you’ve done any of the above, you’ve officially been called out.