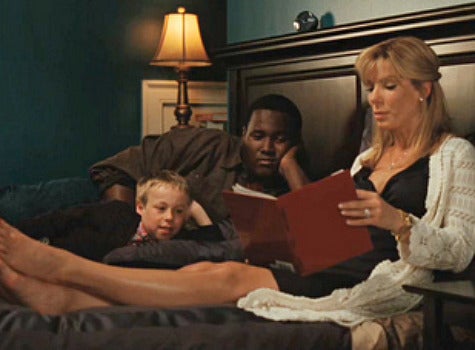 It looks like “The Blind Side” is the sleeper of the season. For the second weekend in a row, it has taken the box office ($20.4 million), to the surprise of vampire lovers and movie critics alike.

The story of a homeless African-American teenager taken in by a White family and groomed to become a professional football player is already creating Oscar-buzz for Sandra Bullock who portrays the matriarch of the family that takes in Michael Oher, who now plays for the Baltimore Ravens. The film eclipsed “The Twilight Saga: New Moon” which is now at second place.

The storyline is ruffling a few feathers, with some critics calling it racist because of it’s portrayal of a White family “saving” a Black man. What’s your take?