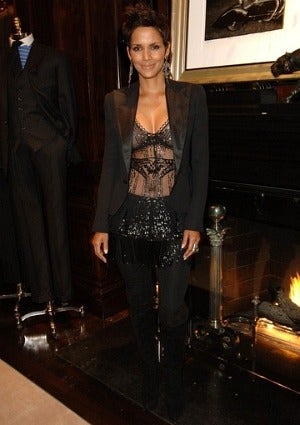 Ralph Lauren’s famous mansion – which Halle Berry visited during Fashions Night Out last month, above – now has a rival: The Ralph Lauren WOmen’s Mansion. The designer debuted the new venue on, where else?, Madison Avenue. The store, designed like a private mansion will take up over 22,000 square-feet and will house all of Ralph Lauren women’s brands, including some exclusives like lingerie. But Mr. Lauren is not the only one expanding. Read more about what Karl Lagerfeld, Kate Spade and Rachael Zoe have on tap. We’ve heard of fashion malls. Now brace yourself for a fashion island. That’s exactly what Karl Lagerfeld, of Chanel,  is designing. Along with Dubai Infinity holdings, he is creating luxury villas on the man-made island with a fashion theme. First sketches have been released and the project will be wrapped in 2014… Kate Spade, the label of choice for chic women with a love of bold colors, is testing international waters. Starting yesterday, they’ve launched a pop-up shop in London. They shop to the international market with a pop-up shop across the pond in London. The store opened yesterday and will stay up till November 10th. Rachel Zoe is also working on an expansion – of a personal kind. The stylist to the stars, who famously agonizes over the decision to have babies on her reality TV show, is allegedly pregnant. She is sad to be due early next year.