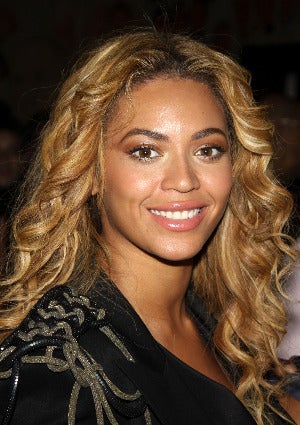 Some not surprising news: Beyonce was named Forbes Magazine’s Most Powerful Women list. The music mogul turned fashion designer is one of several fashion-forward personalities on the list including Lady Gaga (#7) and Sarah Jessica Parker (#45). They were all beat out by the ultimate fashionista of all, Michelle Obama, who came in at number one this year. See what other powerful women including, Donna Karan and Mad Men’s Costume Designer, Janie Bryant, and one adventurous publicist for Dolce & Gabbana have under wraps on today’s Blay Report… Remember her famous “Seven Easy Pieces” clothing collection? Well, Donna Karan will be translating that into a new line of fine tablet op (china, glasses) and gifts next February. The clothing brand will partner with Lenox, known for their amazing dinning-ware, to create her collection. Prices will range from $25 to $3000 and will be available next February. There are lots of reasons to love “Mad Men,” not least of which is the fierce fifties fashions’ displayed on the show. It’s all thanks to the handy-work of the shows costume designer, Janie Bryant. She’s now translating it into a clothing line, called Mod by Janie Bryant, which is sold exclusively on QVC. Starting at $26, the price is right, but we’re not exactly sure if the style is. Check it out here. Over at Dolce & Gabbana, another fashionista is heading to TV land: Meghan Merrit. The brand’s Publicity Manager in the United States, recently quit her job to become a contestant on the romantic reality show, “The Bachelor.” Nothing wrong with wanting a good man, but should one quit a good job for him. Just asking.