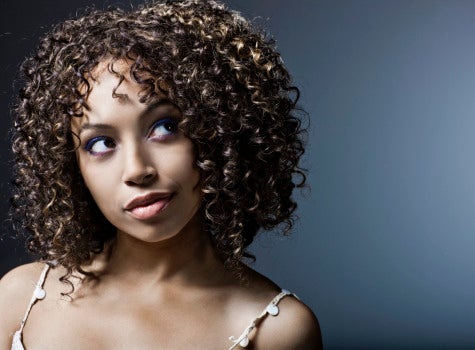 I was driving 80 mph on the highway when a friend of mine told me she had a list of 117 qualities that her future husband must possess in her journal. For a second I took my eyes off the road, squinted and tried to think if I even knew 117 positive attributes. I got to about six and then realized I was about to miss my exit. When we finally came to a stop, I looked at her and said, “117…Seriously?” She nodded with the utmost certainty. I shook my head in disbelief. God only gave 10 commandments who on Earth can ask for 117? I didn’t think about it again until a couple weeks ago when I watched the ABC Frontline story about unmarried Black women on youtube.com. During the roundtable discussion, Chato Waters, 32, a high school counselor and also completing her PhD in Psychology, said that she had a list of about 50 things (she wanted her future mate to possess) on her list and now it’s down to 10. This idea of having an actual written out list wasn’t as foreign as I had once thought. When I mentioned it to my single girlfriends they looked at me like I was crazy. OF COURSE they had a list of a few dozen traits their future husbands must have in their bible or journal that they reference on a regular basis. When I asked what these lists contained they said, at least 6’2″ (the average height of black men in American is 5’10”), drive a luxury car, make six figures, athletic, dresses well, honest, etc. I was glad they said honest, but why is that after the fact that he needs to dress well. That’s only six things, what on earth could be on a list of 50 requirements? There’s a huge difference between having high standards and unrealistic standards. Harvard has high standards and they are never short of applicants–maybe that’s because they only require excellence in five main areas. I have seen some list of requirements are so lofty that it seems they are looking for a man who would qualify for the NFL, NBA, Harvard Law, Julliard School of Music, Vanderbilt Divinity School, Columbia Medical School, Stanford Business School, be fine and tall enough to be a GQ Model and is as funny as one of the original Kings of Comedy AND find time to be completely and utterly obsessed with her. I am fairly confident that there are more unicorns in the world than men (or women) that can do all of this. Truth be told, many women who say they want a man like Barack Obama would have seen him as a broke community organizer, smoker, with big ears and daddy issues when Michelle was willing to trade-in Robinson for a funny name. A lot of women want athletes but don’t want to deal with what Shaq, Michael Jordan or Tiger Woods’ wives put up with. A lot of women I know want a man with diplomas from Ivy League schools but don’t want to deal with the student loan bills that come every month. I wish there were short cuts around the downsides of the positive attributes we desire in mates, but there are not. I have found in life that one is closest to happiness when one’s expectations are congruent to one’s actual circumstances. Are the pickings that slim or are the expectations too high? Click here to read more on The Blackberry Bride.