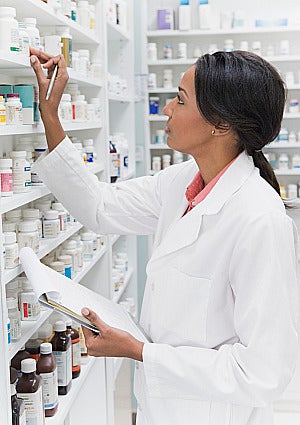 Some of us may be earning more than our men, but that doesn’t mean that we’ve conquered gender-equality in the work force. According to CNN, women account for 47 of America’s employed, yet women make up only 3 percent of Fortune 500 CEO’s. What’s more, according to the Bureau of Labor Statistics, women who worked full time in 2008, earned 80 percent of what their male counterparts earned. The few occupations–including construction and special education–in which women earn the same as or more than men in their field, are not the best-paying for women. The folks at Careerbuilders.com made a list of what careers earn women the big bucks and noted that even in the best-paying jobs for us, women still earned a fraction of what the men in these fields make. The two top-paying gigs for women were a pharmacist, earning an average of $1,647 per week and a chief executive at $1,603 per week. The average male pharmacist takes home $1,914 per week and the average chief executive walks with $1,999 per week. Other well-paid professionals included Lawyers, Computer software engineers, physicians, physicians assistants, human resources managers, advertising and promotions managers and education administrators.