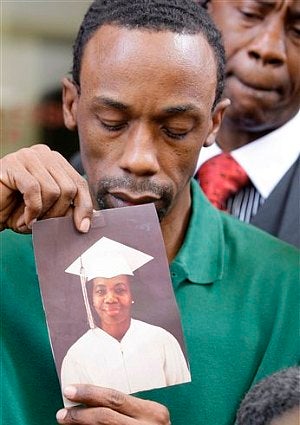 Michael Anthony Green, 45, walked out of jail into the arms of family members, visibly distraught after spending 27 years in prison for a rape he didn’t commit. In his hand was a photograph of his mother, who passed away while he was in prison. “Think of the most precious thing in your world, and then imagine having it taken away,” he said in an earlier interview with a TV station. Green, a Houston native, was exonerated through DNA evidence that showed that he did not rape a woman in 1983. The victim had picked out Green, then 18, from a police lineup after initially saying that he had not been involved. He long ago learned to use his anger for more productive endeavors. “I took and channeled my anger into studying the law,” Green told the Associated Press. “That’s how I lived, day by day … doing what I did. Get up in the law, try to find me a way out.” Asked what he would do now that he was a free man. “Live life,” said Green.