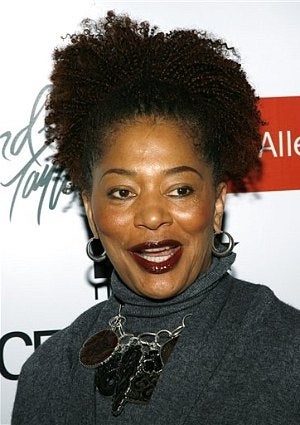 Author Terry McMillan’s relationship with her “down-low” ex-husband, Jonathan Plummer, reads like the pages of one of her best-sellers. After finding out he was gay, she confronted him on “Oprah” five years ago. But as the two reunited on yesterday’s show, they seemed at a better place. In her usual straight-no-chaser manner, McMillan spoke of finally letting go of her anger, and realizing that bitterness is a “termite.” “I just wanted the beauty back,” she told Oprah. As they hugged, Oprah asked if the two were at peace. “We’re okay, aren’t we?” asked Plummer, coyly. “He’s not my BFF,” quipped McMillan. Now living life as a gay man, Plummer says he is working on “getting to happy,” coincidentally, the title of McMillan’s latest novel. “If I ever have a boyfriend or a partner, I’ll be a better person to them.” Watch the video, here.