Our favorite Wednesday night duo landed this week’s cover of Entertainment Weekly, and inside the pages, both Taraji P. Henson and Terrence Howard dish on how their long history led up to the empire that is “Empire.”

Henson said that after reading the script for the show, she knew Howard was the only viable option for Lucious’ character.

“I just knew it had to be him,” she said. “When I read the script, I was like, ‘This is that deep love that you can’t explain, that you just see, and Terrence and I have that for each other.”

“We’re like father and daughter, mother and son, brother and sister,” he said. “We’ve never been lovers. When I was doing Hustle & Flow, I was like,  ‘I know I’m playing this character right if all my female co-leads want to sleep with me.’ Taraji was the only one that didn’t want to.” 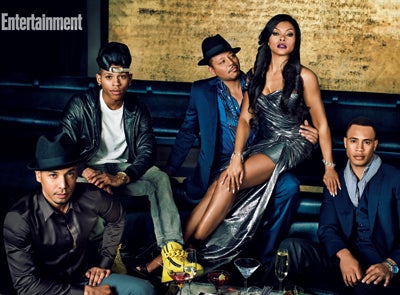 For more juicy tidbits, pick up a copy of this week’s Entertainment Weekly, on newsstands now.

These Puffer Jackets Are The Most Fashionable Way To Stay Warm