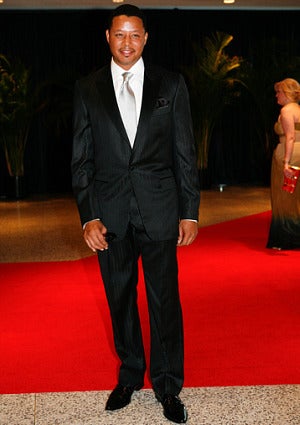 Terrence Howard is officially off the market, ladies. After months of speculation, the actor said he was married during an interview with CNN’s Anderson Cooper at Cannes Film Festival, where Howard is currently promoting the upcoming biopic “Winnie,” in which he plays Nelson Mandela. “To come here and be with my wife, it’s the best feeling in the world,” he said. Howard, 41, and Michelle Ghent-Howard, 33, secretly wed last January in a small ceremony in Los Angeles, according to sources. He has three children with his previous wife of 13 years, Lori McComma.