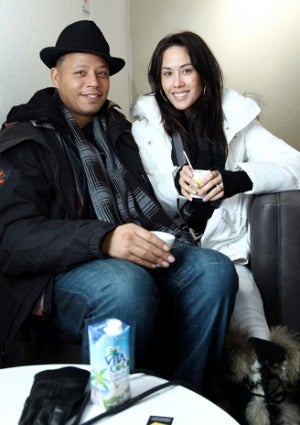 Actor Terrence Howard is about to be a single man yet again. TMZ is reporting that the Oscar-nominated actor’s wife, Michelle Ghent-Howard, filed for divorce just days before what would have been their one-year anniversary.

Howard and Ghent, who were recently spotted at the Sundance Film Festival, tied the knot in a small ceremony in January last year. According to court documents, Ghent is citing “irreconcilable differences” as her reason for seeking a divorce. She is also asking for spousal support and requesting that Howard pay her legal fees.

Ghent was Howard’s second wife. He married his former wife, Lori McCommas, twice, in 1989 and 2005.
Loading the player...

Target Offers Progress Report on Their Commitment To Spend $...