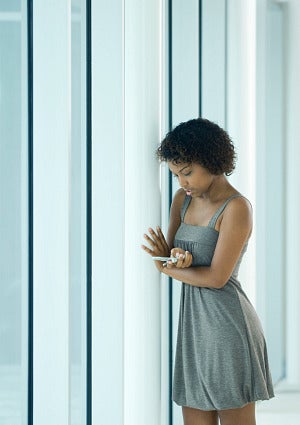 Teens in Iowa and Florida are getting an adult education on the difference between pornography and child’s play. In cases involving sexting, many states have adapted child pornography laws that make sending a sexually explicit text message a felony, according to a recent New York Times article. 18-year-old Phillip Alpert learned his lesson the hard way after sending mass emails of his ex-girlfriend in the nude. He was later convicted of sending child pornography and will most likely stay on the sex offenders list until he is 43. But parents aren’t taking so kindly to the laws and argue that child pornography laws were written before the age of Myspace, Facebook and Twitter. A new House bill proposes lesser charges like a $25 dollar fine and eight hours of community service for first time offenders. What do you think these ‘sexting’ teenagers should get–a slap on the wrist or hard jail time? Read More: