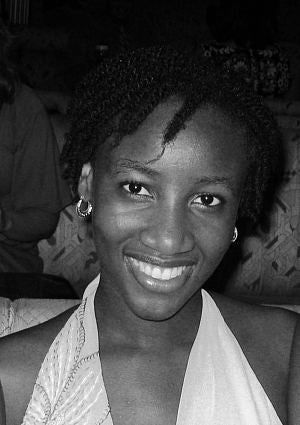 Marie-Fatima Hyacinthe never dreamed she would be attending an Ivy League university, much less have to choose from four. Born and raised in the working class neighborhood of East Flatbush, Brooklyn, the 17-year-old student was (and still is) in shock after finding out she was accepted into Harvard, Yale, Brown and University of Pennsylvania. She decided on Harvard. She spoke with ESSENCE.com about choosing to go to President Obama and First Lady Michelle Obama’s alma mater, and the lessons her parents taught her about education. ESSENCE.com:  Can you tell us about finding out you had been accepted into Harvard, Yale, University of Pennsylvania and Brown? MARIE-FATIMA HYACINTHE: I’m still in shock. My friends were really excited and said they weren’t surprised, but I was. ESSENCE.com: What made you decide to go to Harvard? HYACINTHE: When I went to visit for the accepted students’ weekend, I felt a real connection with the campus. While I could have seen myself happy at all the schools I got accepted to, I just felt like I would be more at home at Harvard. I could see myself taking advantage of all the opportunities it would offer me. ESSENCE.com: Did the fact that President Obama and First Lady Michelle Obama went to Harvard have any influence on your decision? HYACINTHE: [laughs] Not when I was first thinking about it, but now I like to say that I’m going to President Obama and Mrs. Obama’s alma mater. ESSENCE.com:  What are you going to study? HYACINTHE: I’m going in undecided. I’m thinking of a pre-med track but I’m also thinking of international relations with a concentration in government.  I’m open to everything. ESSENCE.com: Tell us about your high school career. What helped you get to where you are? HYACINTHE: In the seventh grade my family applied for a program called “A Better Chance” which helps students of minority backgrounds get into independent schools all over the country. Because of that I was able to attend the Hewitt School, an all-girls independent school in New York City. It’s really small — there are only 30 of us in our grade — so I was able to see where my passions lied and really cultivate my interests. I can say my school played a huge part because its so small and we got individualized attention. ESSENCE.com: What kind of student are you? HYACINTHE: I’m one of those people who loves to learn new things. I’m a very big reader and I like having conversations at all times. I think some of my best learning moments have come from my peers, which is the reason why I chose Harvard because I felt like the students there would have a lot to teach me. I hate math, but other than that I’m a very open and interested learner. ESSENCE.com: What about the way your parents raised you made it possible for you to be so interested in learning? HYACINTHE: I come from a family that is very interested in education. My mother works as a social worker in schools, I have an aunt who is a teacher and another who is a principal. I’m a first-generation Haitian-American. My parents are Haitian immigrants so they value education and hard work above everything because of their background. That taught me to try my best and constantly work at my highest potential. I think I’ve learned a lot about self-motivation and being community-minded from my parents. ESSENCE.com: Have you thought about what this means to you as a Black female? HYACINTHE: The school that I just graduated from is on the Upper East Side of Manhattan so I’m used to being one of a few students of minority background. I feel like it’s not going to be that much of a change, besides, Harvard has a very strong African-American community so I think I’m prepared. I’ve had this conversation with my family and I think I’m ready.