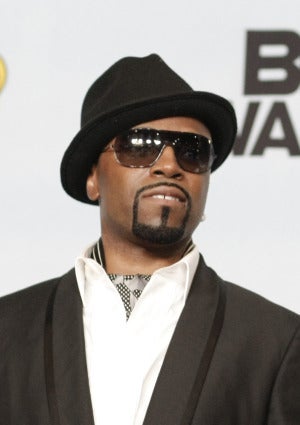 Teddy Riley, of R&B group Blackstreet, has been accused of attacking his daughters with a guitar from the Wii “Rock Band” video game, according to TMZ.

Riley’s 18-year-old daughter Taja received a temporary restraining order against Teddy, which claimed that her father attacked her and her older sister, “stomping, punching and bashing them” in his house in LA on December 23, TMZ reported.

Documents filed with the Los Angeles County Superior Court state Taja’s claim that her dad, “lifted a Rock Band guitar and threatened to kill person(s) with it.” Taja also claims she suffered “bashes to the temple, contusions to the face” and “pain in [the] knee.”

According to TMZ, Teddy must stay 100 yards away from his daughter. A hearing has been scheduled for January.