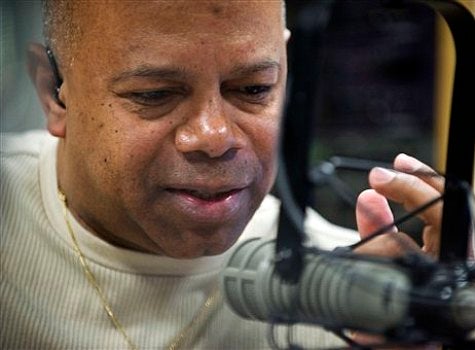 In part two of his conversation with ESSENCE.com, Tea Party 365 co-founder David Webb says he’s more concerned with President Obama’s policies than with Obama himself. “He could have been Black, White, any color, I still didn’t like his policies,” he says. The conservative radio talk show host also touches on the passing of the Healthcare reform bill, which he describes as a “2000-page monstrosity…” ESSENCE.com: Politics and policies aside, how did you feel when the country elected the first African-American president? DAVID WEBB: I have two trains of thought on that: I looked at the man’s policies and I didn’t like them. I listened to the President in his own words and looked at his record in the State senate and I didn’t like his policies. It wasn’t the man. He could have been Black, White, any color, I still didn’t like his policies. He was the most liberal senator. He had some views about how we should run the country that I thought could be detrimental. I didn’t lose or gain any pride when he won because I wasn’t invested in his color. I wanted a president that was going to be good for the country, so although I wasn’t vested in his color, I was vested in his policies. I sat on a panel with Mayor David Dinkins on inauguration night and I said if President Barack Obama acts as he did with his voting record in the Senate then we are going to see an ideological president, and ideology trumps common sense. We don’t need ideology, we need common sense policies that are good for the country. ESSENCE.com: What are your thoughts on the Obama presidency to date? WEBB: Unfortunately, I’ve been proven right in my point of view that these policies are not good and they’re not thought out. We’re bailing out a failed company in GM. We’ve just given them another $6 billion dollars while the old GM owes another $1.7 billion. We have invested $146 billion into Fannie and Freddie Mac but yet we give them programs. Our policies are not good. It’s not the man… I don’t care about the man’s color. ESSENCE.com: President Obama recently signed the Healthcare Reform Bill. What are your thoughts on it? WEBB: No American could read 2000 pages and debate it in the time they were ramming these things through. Healthcare is a kitchen table issue. People talk about it every day. Women are the biggest informed group on healthcare just because of the nature of our society. So women were the ones that stood up and said, ‘Whoa, I understand this because I deal with the doctors and the insurance plan and I have to fight with the insurance company over this.’ We need healthcare insurance reform, we need reform in the structure of healthcare, certainly, but they’re two different things. Instead of having real reform we got a 2000-page monstrosity filled with bureaucratic growth, government takeover of healthcare and a program that, now that its being vetted by the Congressional Budget Office, is $160 billion in the hole, which we [Tea Party 365] said it would be. ESSENCE.com: So you’re saying people at those town hall meetings last year had read the 2000 pages and understood what the healthcare reform bill was all about? WEBB: Yes, I can tell you that there are instances of people calling me and saying they were breaking the bill up into segments, just on their own, not because they were Tea Partiers. They took the time to do it, and our Congressmen and Senators were not. In Washington — and this is both Republican and Democrat — a lot of times they pull out these bills literally out of the drawers and say, ‘Okay, we need to put this piece in here and this piece in here.’ How about we do healthcare reform as healthcare reform and nothing else attached? How about we deal with health insurance reform as health insurance reform, nothing else attached? We could have done all that with individual pieces. We could have done Medicaid fraud reduction, investigation, prosecution, technology — the three components that could have reduced some $60 billion a year that we are throwing away to pizza parlors in Florida filing Medicare claims. We could clean up the system. Imagine what we could really do if we could help the people that really need it. This isn’t about taking something away; this is about finding a way to fund a system that helps everybody. In this country we should, with proper action, be able to help most people. ESSENCE.com: What makes an administration pass a bill that might ruin the country? WEBB: It’s a difference in ideology in the two camps. On the more liberal side — the Democrats believe in big government control and that government knows what’s best for you. On the other side of it, the conservative viewpoint — not social conservative — believes in a more free-market capitalist approach and that government is there to do exactly what’s enumerated in the constitution like protect the borders, protect the country, provide infrastructure and collect appropriate taxation to pay for these programs. One is a big government; one is a smaller government. Which one has worked for most in America — and this is by the numbers, not by ideology? While not perfect, it was free-market systems that led us to prosperity. The other system of government doesn’t create wealth. No government on the planet can. It has to take wealth from one sector, use it to help, therefore wealth doesn’t grow, it’s actually taken out of the system. It’s a numbers game, not an ideological. Big government doesn’t work. Name me a country where it has worked. For part one of ESSENCE.com’s conversation with Tea Party 365 co-founder, David Webb, click here.