Another drama-filled season of Empire is finally here and per usual, the first episode has us all wondering what else is ahead for the series this fall.

ESSENCE recently caught up with Empire new comer Taye Diggs, and the youngest Lyon Bryshere Gray, to get the inside scoop on how things will play out for their respective characters in season 3.

A seasoned Hollywood veteran, Diggs says it’s refreshing to be a part of a show that’s unlike any other on television. “It’s difficult today, especially in television, to be on something, or even watch something, that has not already been done before,” Diggs tells ESSENCE. “And, I feel like this show is unlike anything else I’ve ever seen or been on. I think it was kind of like lightning striking because it’s such a combination of where Hip Hop is, where society is, where Black people are and where the industry is. It’s just a perfect mix of music and social commentary and dramatic writing. If you switch even one element from the show, who knows where anybody would be. So, I think it’s what we all need, it’s fun and I’m excited to be on it.” 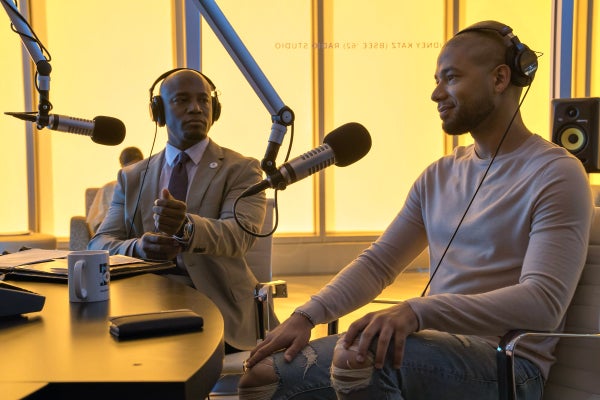 According to Diggs, Taraji P. Henson’s character Cookie may very well have met her match in his character Angelo. “This is a young man who is a good person, he’s solid. But, this is the type of cat that has grown up knowing that he’s the sh*t; he’s just confident. A lot of these kids that have a little bit of money and the way that the parents are raising them, they’re almost entitled. Just because there’s so much love and so much positive attention. Every time they turn around, someone’s telling them that they’re amazing. So, this is a young man who’s been groomed to do really, really big things. He’s the type of cat that feels like he can achieve anything. He sees Cookie and he’s definitely up for that challenge.”

As the show has done in past seasons, Gray says this run will touch on several serious topics that arise within the complicated storylines viewers have grown to love. “You know, this season, we’re tackling a lot of different subjects. From the police brutality that Andre goes through, to Hakeem not being a deadbeat father, to the PTSD that both Jamal and Hakeem are suffering with,” Gray says. “We’re just taking on real-life subjects.” 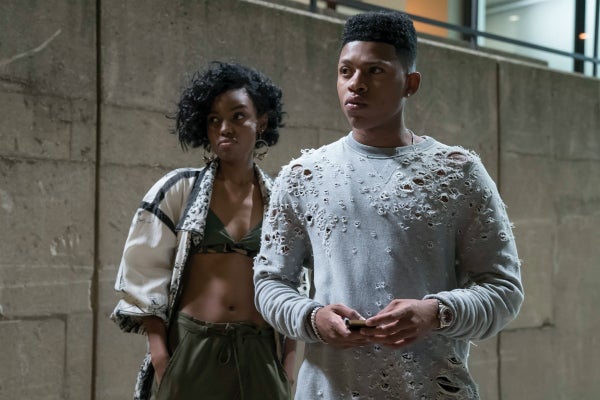 Fans who have followed Gray’s character Hakeem from season 1 will agree that Hakeem has a lot of maturing to do. The proud Philly native says fans should look forward to seeing him come into his own as a new father this season. “Hakeem, he’s having a daughter and so he’s forced to grow up. He has responsibility now and he’s not going to be doing some of the childish things you’ve seen him do for the past two seasons,” he adds. “He’ll be doing a lot of interacting with his daughter and trying to teach her the proper way because, you know, he doesn’t think his parents have really taught him the right things to do. So, he’s just trying to prove to both his mom and dad that he can be a better parent than they’ve been to him. You’ll see him grow and I’m excited for people to see that.”

The real-life Cookie recently revealed that having Diggs added to the cast was a personal request of hers — one that he says will definitely “cost” him. “[Taraji] came right up to me herself and told me that she hand picked me and that I owe her a Chanel bag [laughs]. So, I gotta pay up, that’s due,” he says. The talented actor went on to elaborate, adding that years of working in the industry can come with some great perks with regard to landing roles — like being able to choose who you work with on occasion. “You know, one of the benefits of being in the business for as long as we have been is that you get to know each other, you build a rapport and if you’re lucky or blessed enough, you get to be in a position where you can just pick up the phone and see if somebody’s free to work on a project. It’s one of the fun perks of being in the business for so long and having some experience underneath your belt.”

While Gray spoke highly of getting to work with Diggs for the show, there’s bound to be some tension between Hakeem and Angelo given that Angelo will be the latest suitor to step to mama Cookie. “Working with Taye is amazing. He’s a great person to work with,” Gray says. “Hakeem is going be a little protective towards Cookie in his relationship with Taye’s character, Angelo. Hakeem was there when Laz from last season almost put his mom in a few bad situations so, he’s definitely on his toes and trying to make sure Angelo is the right man for her.”

Meanwhile, Gray says Hakeem’s main focus will be on the newest addition to the Lyon family. He’s hopeful that Hakeem’s experience with becoming a young father in season 3 will serve as a learning tool for young people who find themselves in similar situations in real life. “What they’ll discover in season 3 is that [Hakeem] is a great father. He’s not falling into a statistic of a deadbeat, he’s owning up to his responsibility,” he says. “Hopefully, that will show other teenagers who might find themselves in that situation that taking accountability and stepping up to the plate is the way to go, even if you’re not ready. You’re bringing a human being in this world so, you have to be there for that child and make sure they’re brought up the right way.” 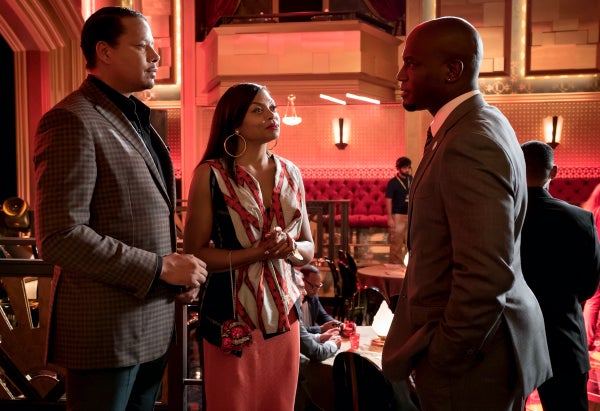 Among other things, Diggs says having the opportunity to reunite with Taraji and fellow actor Terrence Howard has been one of the most exciting parts of his Empire journey. “Whenever you get an opportunity to work with old friends, it’s always great,” he says. “People have asked me if I was nervous about the role because Empire is such such a big show but, me knowing Terrence and knowing Taraji helped take any of that feeling away. It makes it all the more fun and I was anxious to begin. We were trippin’ out the other day and we had a moment remembering how young we were when we first worked together and met each other …it was a fun moment. It’s always great to be reminded of how far you’ve come.”