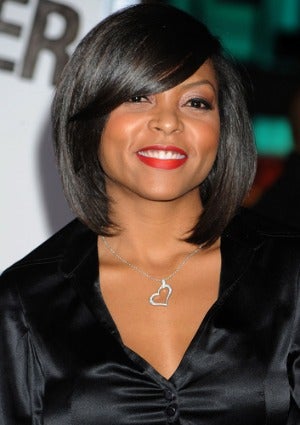 Taraji P. Henson is taking a break from the silver screen to focus on television. The Oscar-nominated actress has signed on to play the lead female role in J.J. Abrams’ newest series, “Person of Interest…”

New York magazine is reporting that Henson will play a crime-fighting detective named Carter — in a story about an ex-CIA agent who has been asked by a billionaire to fight crime in New York City.

This is a new type of role for Henson. We’re used to seeing her play loving, caring or troubled characters, but never an ass-kicking detective. We’re excited to see Henson bring her own spunk and charm to the role.

Today’s news calms the nervous, in light of Anthony Mackie’s recent comments about Black actors being “lazy.” Henson is one Black actress who is working in Hollywood. Just last year, she was in the “Kirate Kid” remake with Jaden Smith, and according to Black Voices, she also recently finished up a movie with Tom Hanks, Julia Roberts and Pam Grier called “Larry Crowne.”

Continue to do your thing, Taraji! We’re proud.