Taraji P. Henson is coming back to the small screen.

The Oscar winner stars in, and executive produces, the Lifetime original movie, Seasons of Love, co-starring Gladys Knight, LeToya Luckett, and Robert Riley (Hit the Floor). Kyla (Luckett) and Amir (Divergent’s Cleo Anthony) are a fun-loving couple whose romance is thrown for a loop when Amir’s father suddenly dies. Things get even worse when Kyla’s ex, Miles (Riley), comes back in the picture. 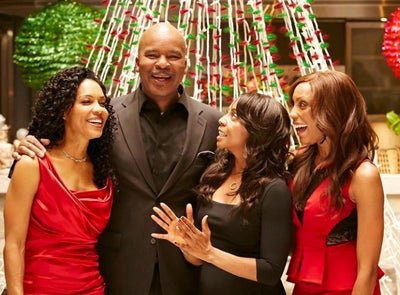 Lifetime is also reuniting 90s funky R&B divas En Vogue for a holiday special. The film follows the group as they go back to a fictional club where they got their first big break. There, they reunite with their old manager Marty (played by David Alan Grier ) who is responsible for breaking them up. The divas put their differences aside for an epic Christmas concert that features old and new material.

An En Vogue Christmas premieres November 22 at 8pm ET followed the next evening by Seasons of Love on November 23 at 9pm ET.

Will you be tuning in?