Skip to content
Photo courtesy of Help USA
By Tanya A. Christian · December 13, 2018October 23, 2020
Their stories aren’t particularly alike. In fact, what happened to Ruth E. Carter and Tamron Hall’s sisters are as uniquely different as Carter and Hall themselves. But what was birthed from their sisters’ pain is the gift of sincere and genuine empathy that the well-known women who love them now possess. Recently, Carter and Hall joined Help USA in New York City to help award $2 million in scholarships to victims of domestic abuse. Carter was also honored for her participation in Hollywood’s long-overdue sexual harassment reckoning. There, the women had a revealing conversation that told the story of how their vastly different situations led them both to be empathetic voices in the “Me Too” movement.   For years, Hall has publicly shared the tragedy of her sister Renate, who was found murdered in the backyard pool of her Houston, Texas home. But discussing the circumstances around her loved one’s killing wasn’t always easy for the broadcast journalist. It was at an event centered on cultivating healthy dating habits for teenage girls that helped Hall realize the time had come for her to open up for the sake of other abuse victims. “That day, there were survivors telling their stories and I had never publicly mentioned what happened to my sister Renate,” Hall recalled of the 2007 gathering in New York City that inspired her to share her story. “I never talked about it. And each of these young girls were telling their stories and I felt so guilty.” The shame that Hall felt in that moment, and the guilt that she was carrying from being a witness to her sister’s abuse, is what she used as inspiration to start her own foundation and become an outspoken activist for those affected by domestic violence.    “That night gave me the ability to turn my guilt over my sister into something bigger — bigger than what I was feeling — into something that would ultimately help save one of the 15 million children who are right now on their knees praying that someone can give them a path out of their pain,” Hall revealed. The Journal of Family Psychology says that approximately 15 million children witness domestic violence each year in the United States. 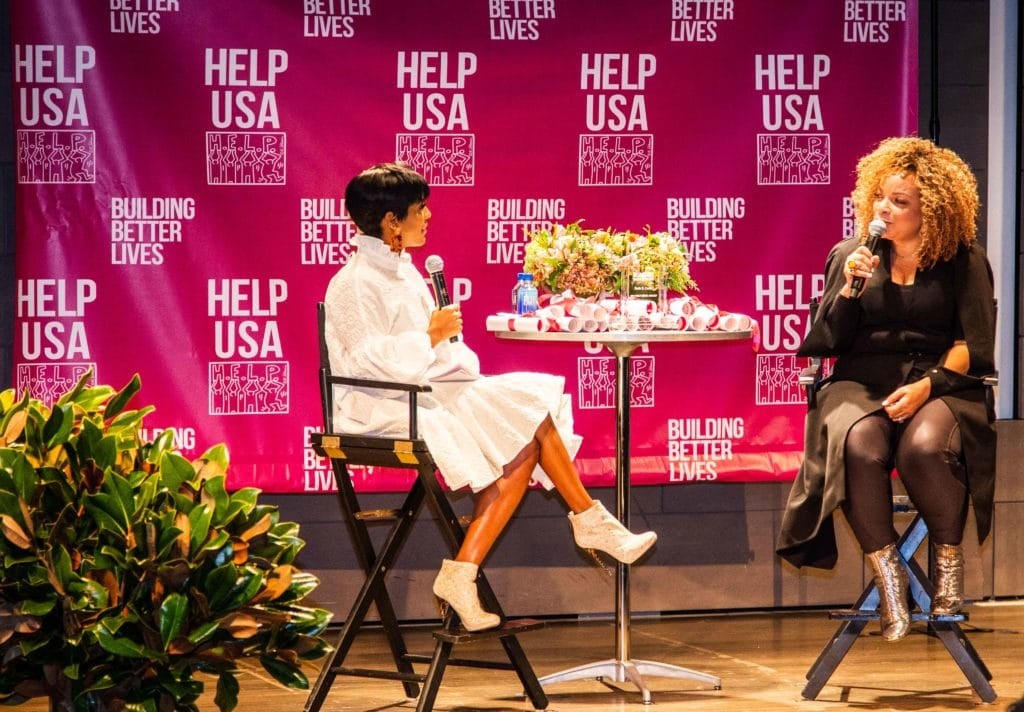 Although Carter’s sister Debbie wasn’t on the receiving end of an abusive relationship, the older sibling of Black Panther’s famed costume designer did become the victim of a sudden-onset mental disorder in her early twenties. Carter admitted that the diagnosis completely changed her family dynamic.   “My sister Debbie suffered a nervous breakdown when she was at Northeastern University in Boston,” Carter told ESSENCE. “She was a brilliant student. She spoke two languages in high school. She tutored Spanish children and when she went to college, she was studying psychology. She was in her junior year and she suddenly started hearing voices.” Watching her sister morph into a person she did not know was hard for Carter to accept, but having a single mother who worked as a counselor helped to keep the family intact. “We rallied around my sister and her crisis,” Carter shared. “And through that, I was finding myself in group sessions as a high school student and I was hearing people’s stories and things that they were going through and why they felt sad and I felt this great empathy for people.” It’s this same empathy that Carter now takes with her onto every Hollywood set. “As a costume designer, we’re the aunties — the moms of the set. So we’re the ones who the actress comes in crying to, and you get a sense of why,” Carter confessed about past experiences during filming. “And now, I feel like we can actually speak out and we can talk to each other about what goes on. We no longer have to be ashamed to speak out about it. We no longer have to fall into, ‘I don’t want to lose my job if I say something. I don’t want to lose my job if I don’t give her that sexy top.’ Now I can actually say, ‘You don’t have to wear that if you don’t want to.’” Along with finding an unapologetic voice to address the misconduct she sees on set, Carter also credits “MeToo” and “Time’s Up” for putting a flame to the “casting couch,” a term used to describe the act of awarding acting roles in return for sexual favors. The 30-year industry insider insists, “the casting couch is now an ember.” Emerging as an ally for domestic and sexual abuse victims has been a journey for both Carter and Hall. Together with their unique stories, and that of their sisters, these women stand as reminders to a community of women who often suffer in silence, that the time to address their pain is today. Because as Hall says, “Tomorrow belongs to all of us.”