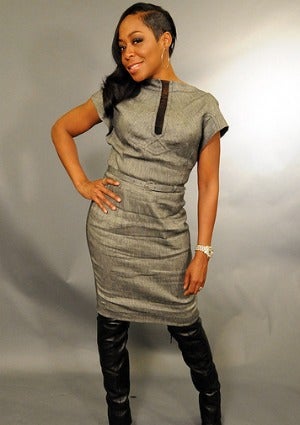 I decided that I would write a blog about what it takes for me to prepare for different events and appearances. Its funny, but from talking with my family and friends, I realize that I am a little “jaded” when it comes to thinking anyone would be interested in what I do “outside” of show business. I have a great group of friends, family and professionals around me that help me and keep me content and grounded. I make sure that I enjoy myself in some manner whether it be cooking, playing spades with friends or going out to my favorite restaurants (I love to eat). As sociable as I am, I am extremely private about a lot of things, unless I am expressing my private affairs on my own terms. I really don’t have a problem somewhat “telling my business” if I think that it is news worthy or information that will help somebody else. I, like everybody else have my own everyday life issues and chose to deal with them the way I see fit. I have to take into consideration all of the variables. For instance….I have been approached a countless number of times to do a reality show but I have been very pensive about it because, I do not want to put me nor my daughter’s business out there, just because I want to work or be seen. I am not saying I would not do a reality show, but I darn sure would approach that area of television with extreme caution. I was even told by a network that was interested in doing a reality show about me and my daughter, that my life wasn’t enough of a “train wreck” to fall into the type of programming they were looking for. I didn’t know whether to take that as an insult or compliment. Or just thank God for the realization that my life wasn’t a train wreck! I have always been the type to stay busy even when I am not working as frequently as I would like to be. Between motherhood, family life, singing with my band, recording my CD, National PTA obligations and running a business; I’m busy and tired but I have no complaints! So I like to choose the type of work/projects I do with wisdom. I don’t even like to do interviews if I have nothing to talk about, which gets me back to my original point. I think I take for granted that some people out there, are really interested in what is going on with me and my life. I am one of those entertainers that really suck at self promotion. Recently I went on the Wendy Williams show to promote a NY play I did a limited run in, called “Love Loss and What I Wore” and also to promote a film I starred in called “The Lena Baker Story” that will be released on DVD January 4, 2011. (My shameless plug.) I think after all these years of being in show biz and styling and profiling for the cameras, I get a little overwhelmed and choose not to do anything at all sometimes. I have days where I don’t feel like getting dressed and putting on a smile for the cameras. I’ve always been the type, that if I am in a funky mood, I stay in. I love being in show-biz. I have been in it for over 30 years now. Its what I do and its what I do best. But every now and then I like to take my moments and do absolutely nothing! It feels good. You should try it sometimes.