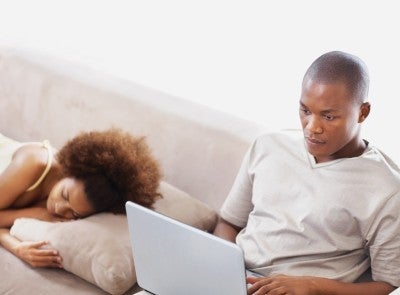 If you’ve ever felt that social media could come between you and your beau, you may be on to something. According to a recent survey by dating website OkCupid.com, the romantic relationships of active Twitter users are shorter than those of people who do not use the site as often.

The difference in relationship length is on average about 10 percent shorter, meaning that your Twitter addicted boyfriend would end your relationship five weeks sooner than he would if he didn’t tweet as much…

Surprisingly, the results are consistent across age groups, which suggests that younger and older respondents show the same trends in relationship length. At age 50, the frequent Twitter user has a 15-month-long relationship, while the inactive tweeter stays in a relationship for an average of almost 17 months.

The survey gave no reason as to why those who use Twitter on a daily basis would be likely to experience shorter romantic attachments, however, heavy usage of social media can become a distraction leaving people too busy on the computer and not engaged with their loved ones.

Have you ever felt that social media was taking a negative toll on your relationship?