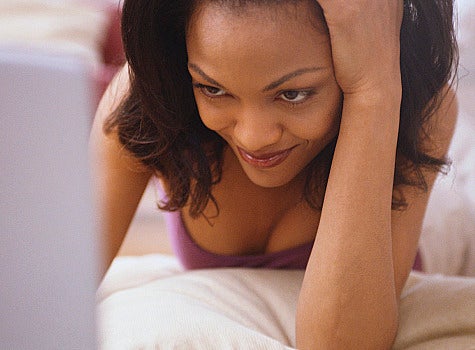 Need a reason for why you took that guy home after the first date? Blame it on Facebook and BBM — 40 percent of women do. According to a recent survey, 40 percent of women say that social networking media is causing them to hit the hay with partners faster than they would have before.

“The texting and all the social networking that’s happening … creates anticipation,” clinical psychologist Dr. Belisa Vrauch told NYPost. “If your goal is to have sex, [texting] is actually helpful for that because it makes the correspondence between people sort of more titillating. It also gives the false impression that you’ve been together for a longer amount of time, so it’s actually okay to have sex quicker. You may have gone out once or twice, but since there’s been so much exchange, either in texting or Facebook, it feels longer.”

We were about to call B.S. on this, but it makes sense. The truth is, social media has changed the way we date, hook up and even break up. One thing it can’t change is how we actually have sex. There’s something strange about blaming social media for a random hookup with that guy you’ve only been seeing for a week. Facebook may have made you feel closer to him sooner, which caused you to invite him upstairs for a roll in the sack. But ultimately that was your decision. And maybe it wasn’t a bad thing. Did you have a good time? Did you protect yourself? Do you want to do it again? If you don’t want to do it again, did you learn something about yourself? Own your choices, girlfriend.

We’ll be discussing this and more tonight at 7 p.m. in our live chat about “Love in the Digital Age.” See you there.