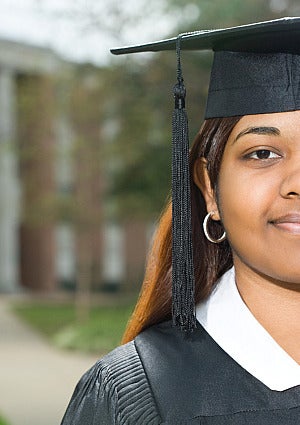 President Barack Obama and First Lady Michelle Obama have made no secret of the fact that they only finished paying off their student loan debt a few years ago. For most of us this is a familiar story. But it does come as a surprise to hear that Black bachelor’s degree’s recipients have more debt than any other group, according to a new report from The College Board Advocacy and Policy Center. In essence 27% of Black graduates had at least $30, 500 in loans, compared to Whites (16%) and Hispanics (14%) Most troubling is that the student loan debt accumulated overall was to pay off tuition at for-profit institutions (think DeVry and Lincoln Tech) instead of a private nonprofit or public colleges and universities. In 2008 53% of graduates from for-profit colleges had debt of about $30,000 or more, compared to 24 percent at private nonprofit college and 12 percent at public universities. Besides looking at public universities as a means to accumulating less debt, should we also be reevaluating how much money we’ll be earning upon graduation? Should your students loans exceed your entry-level salary?