The Under Armour Curry MVP Back 2 Back Pack sold out at $400 each in pre-orders online. The Pack includes the Curry One MVP sneaker and the newer Curry Two MVP kicks. The brand will also be releasing a men’s Back 2 Back MVP SC t-shirt for $35 in addition to the commemorative sneakers. 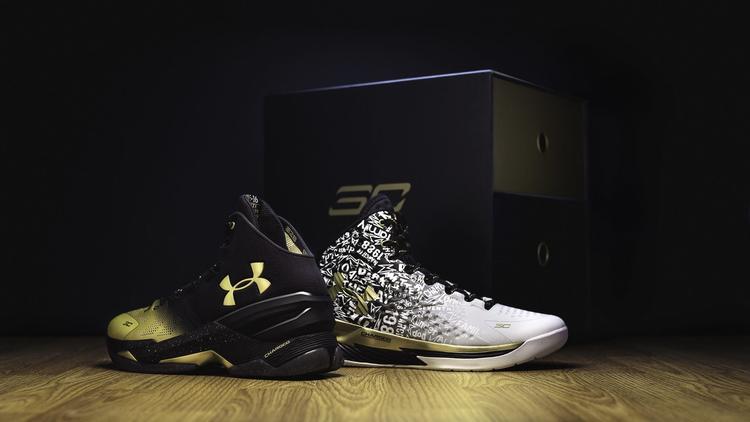 This isn’t the first MVP title for Steph Curry, who also won the award last year, but he made NBA history by winning the honor unanimously. He was the first-place pick for all 131 votes counted.

Having the history-making Warriors point guard on as an endorser is a serious win for Under Armour, which wants to be “Steph Curry with the shot” at edging out larger competitors like Nike and Adidas—to put it simply.

The MVP shoe pack goes on sale June 24 in Under Armour Brand Houses and select retailers.