Stacey Abrams came this close to making history as the first Black woman to win a governor’s race in America, but she fell short, thanks to voter suppression efforts led by her opponent, Brian Kemp. Still, Abrams isn’t bitter about the controversial loss, instead, it has only fueled her to keep working even harder.

“Sometimes you have to be the loser so that the people can be the victor,” Abrams told filmmaker Ava DuVernay during a recent conversation about democracy and diversity. The pair sat down to chat at the National Day of Racial Healing, hosted by DuVernay’s ARRAY Alliance and the Kellogg Foundation.

“You don’t tell yourself ‘No’, you let other people do that.” @staceyabrams in convo w/ @Ava #HowWeHeal #NationalDayOfRacialHealing pic.twitter.com/b39W7PqHxl

During her race for Georgia’s top seat, Abrams focused on expanding the electorate, not simply on trying to convince disaffected Republicans to join her team. Because of this, she not only turned out more Black and white voters than former President Barack Obama, but she also massively increased Latinx and Asian turnout as well. How? Throughout her campaign, Abrams focused on the issues people cared about most, including education, healthcare, and poverty, which she called “immoral” and “economically inefficient.”

Following Abrams’ model may just be the way Democrats win back the White House in 2020, but the Spelman College grad also had some adept advice for those looking to make it to 1600 Pennsylvania Avenue.

“We have to not run against Donald Trump,” Abrams told ESSENCE, cautioning Democratic presidential hopefuls against sinking to his level. “Any candidate who begins a race trying to defeat the other person is going to lose because you’re playing the other person’s game, you’re following their road map.”

Instead of simply just attacking Trump, Abrams said Democrats should focus on authentically connecting with voters who share the party’s values.

“Democrats win by telling our story, by engaging communities early and authentically, and by fighting for every vote that shares our values,” she said. “But too often on the Democratic side of the aisle, the ones who share our values are the ones who least likely to be asked to share their voices” 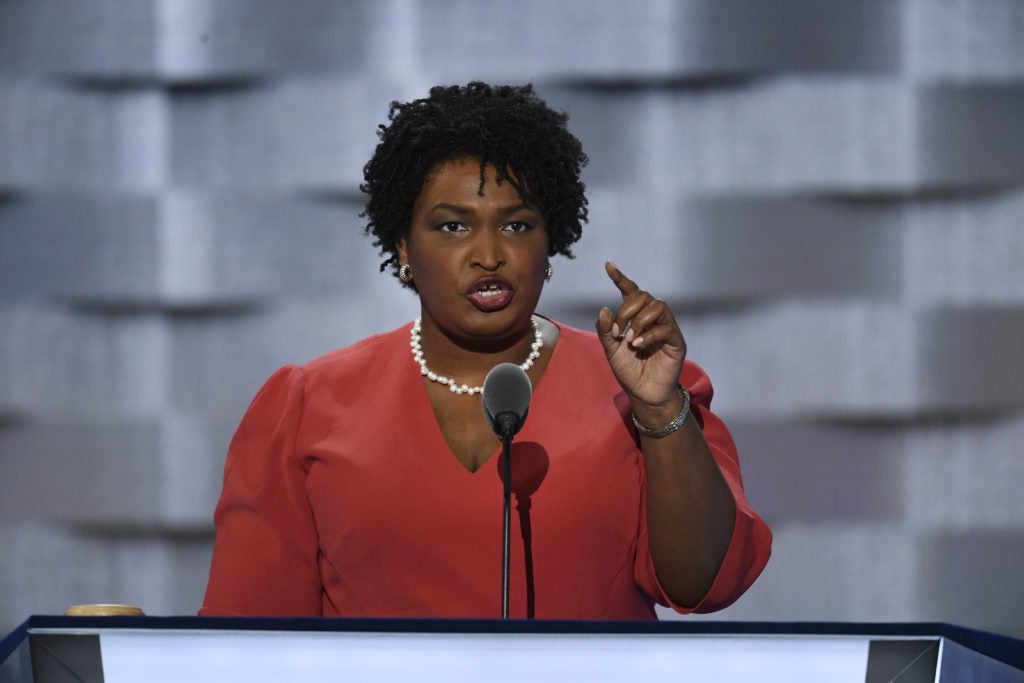 Abrams is hoping Dems follow her example and continue to reach out to those who may not have voted in the past.

“So what my campaign demonstrated…is that if you go into communities and treat them with respect, regardless of race, they will vote if we tell them we trust them,” she said. “So I want us to have 2020 candidates who are actually doing the work of expanding the electorate, not trying to convince people who’ve already told us they don’t like us to change their mind just this once.”

While she mulls over her next move, many have speculated that Abrams will run for the U.S. Senate in 2020. Still, the former Georgia House Minority Leader said she will only pursue another political office under three conditions.