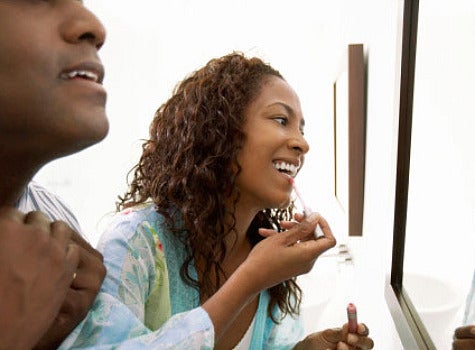 Mya and her husband are having their first baby in about a month. They have been married about 2 years now and their pending new addition has changed their whole life from what I can see. Mya is now working part-time, they bought a townhouse to make room for a nursery and everything in their house that can be as been baby-proofed. Instead of coffee tables there are beanbags, every socket is covered and every stairwell is gated. Even though I know these are things that their baby won’t even be able to get into for months, Mya seems comforted that these controls are in place so that when the baby is old enough their will be considerably less risk of danger for her little one. Seeing all these precautions reminded me of a story Mya told me when she was still engaged to her husband. “It’s just a bracelet,” at least, that is what Mya kept telling herself. The truth is, her fianc had been wearing it for as long as she’d known him, a gold bracelet that slightly dangled below his sleeve. She even thought it was sexy, that is until she saw the inscription on the inside of the lock one day when he asked her to help him put it on. The inscription must have been intimate because she wouldn’t tell me exactly what it said when she told me, but since she didn’t give it to him, she told him it had to go and he refused. The bracelet taunted her for months. In her mind’s eye she could see his ex-girlfriend, picking it out, composing the inscription and being so pleased to give it to him to stand as a constant reminder of their special bond. She wondered what his ex-girlfriend thought when she saw him wearing it now and realized that the bracelet was going to be a constant reminder of his intimate past without her. He assured her the bracelet didn’t mean anything to him and that it didn’t matter about all the other women in the past because he was with her now and that she had won. He said she was paranoid of the past, but she argued that he was the one wearing his past on his sleeve. For some reason the thought of winning didn’t comfort her. She wondered what other emotional landmines awaited her and whether or not her man was going to be sensitive to her tender sensibilities. Is winning enough? In a world where we enter into marriage in the shadows of past relationships, where is it fair line between the inevitable hurtful memories and spouse-proofing your life during the infancy of a marriage? To read more from The Blackberry Bride, click here. Read More:
Loading the player...