For the first time, Sports Illustrated has compiled a Fashionable 50 List, a round up of 50 dynamic athletes who have seriously killer wardrobes.

Ballerina Misty Copela, Serena Williams and Laila Ali made the list, along with several other athletes whose closets would make us envious.

Copeland, Williams, Cruz, Westbrook, James, Wade, Iguodala and Diggins are in the top 10 finalists of fashion-saavy sport stars. One of the lucky athletes will be crowned with the title of “most fashionable athlete in sports” at SI’s inauguaral celebratory event sponsored by JCPenney tonight.

Who would you vote as fashionably fab? 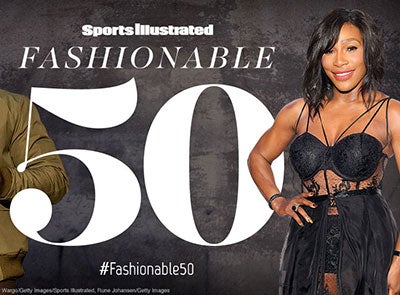