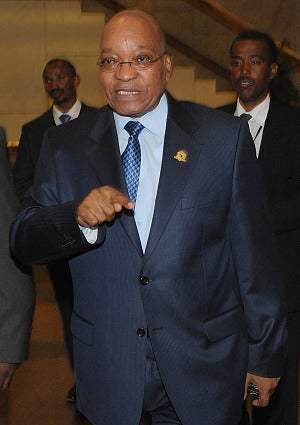 In a country with one of the highest HIV/AIDS rates (about five million), South Africans are finding it difficult to understand why their president Jacob Zuma would have unprotected sex and father a child out of wedlock just a few months after gaining praise for revamping of the country’s controversial AIDS policy. Last week Zuma admitted paternity of a baby girl born in October amidst public outrage, reports the BBC. The latest revelations go against the government’s official stance on HIV/AIDS, which advocates condom use and being faithful to one partner. Added to that, Zuma is a polygamist, having recently wed his fifth wife last month. “I deeply regret the pain that I have caused to my family, the ANC (African National Congress), the alliance and South Africans in general,” he said. Read More: