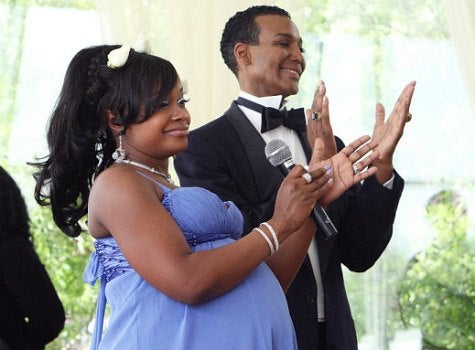 Not long ago, after I made full-disclosure of my sexuality, I heard some disturbing things in the Black community about Black gay men and Black women. One was that every gay man wanted to be women. The other was that all gay men did not like women, especially those in the Black community. I learned there is no truth to the rumors. First, not every gay man wants to be a woman. That is not a desire of ours. Now, don’t get me wrong, there are transgenders and transsexuals, those who feel as if their minds do not match their bodies. But apart from that, a large majority of gay men do not want to be women. We love being men. Second, not all men dislike or despise women. That would be absurd, considering we are born of women, and we have sisters, aunts, grandmothers, and our lives interact with women on a daily basis. Why would we not like women? Some say it’s because we want their men. Um, sweetie, if your man is sleeping with another man, then, one, he wasn’t your man from the beginning, and two, he was gay all along. Also, as gay men we do not go out of our way to “recruit” heterosexual men, nor can we make someone gay by touching, hanging around or looking at them. Any man who is comfortable in his own skin and manhood would not feel threatened by the presence of a gay man. Beyond all of that, I celebrate my relationships with the women in my life. They are dynamic, amazing, powerful, intelligent and graceful DIVAS. Yes, they are full-fledged FAN-TAB-U-LOUS women because we lean on one another. We encourage, empower and inspire each other. And, trust me, if it weren’t for me as their gay best friend, many of them would be walking around looking a hot mess, unhappy in their jobs and stuck in unfulfilling relationships with men who I knew were no good for them. You see, every woman needs a gay best friend in her life. I mean, who else is going to give her the truth — straight-up (no pun intended) about her relationships, life, career, frenemies and fashion? Here are a few key facts on why every woman needs a gay best friend. First and foremost, we are men. We know men. We know how we act, think and behave. We know what a man will do in various situations especially in dating and relationships. (Some people tend to forget that gay men are still men. No, being gay doesn’t make us less manly.) If you want insight into how a man thinks and feels emotionally, and how to get to his heart and into his head, your gay best friend is the absolute best source. Oh, I know why that man is not calling you back after your first date. I know why he is not returning your calls after you’ve had sex with him. And, I certainly know why after six months he hasn’t invited you to meet his family or taken you to his home. Yes, honey, you will be surprised by the number of women who date men and don’t know where he works, where he lives, and have never met any of his family or friends. Having a gay best friend is the best ally for women. We are not going to steer you wrong. We can also be that go-to person for a listening ear, a shoulder to cry on, and the truth about everything. We’re not in competition with our good girlfriends like your girlfriend. As your gay best friend we want you to win the competition and be the best you can be. And we don’t have an ulterior motive when you come to us for advice. We are not going to try to get you in bed and sleep with you. And, we certainly won’t borrow your best fashions and not return them. Listen up, ladies. The gay best friend is here to stay. We’ve always been around. It’s just that now we are getting more recognition and visibility thanks in part to movies, and television programs. On “The Real Housewives of Atlanta,” breakout star NeNe Leakes has introduced the world to her gay best friend, Dwight Eubanks. On “Sex and the City,” Carrie Bradshaw often turned to her gay best friend, Stanford, and “Will and Grace” was all about the relationship between a woman and her gay best friend. People will be amazed at the number of women who rely on their gay best friends for advice about everything, from relationships and fashion to dealing with their family members. If you don’t have a gay best friend, know you can always count on me. I’m here for you. Like most gay best friends, we are your biggest cheerleaders. I’ve got your back and will be here through thick and thin. I’m not a fair-weather friend. I will stand with you through the storm. No, Diva, I won’t run when times get hard, or when you’re down and out. I won’t talk about you behind your back. No, I will do it to your face because I love you unconditionally. Besides, I will remind you of how beautiful and wonderful you are. Diva, you are fabulous, and as your gay best friend, I am here to remind you of that.

Terrance Dean‘s second book “Straight From Your Gay Best Friend – The Straight Up Truth About Relationships, Work, and Having a Fabulous Life” is in stores now.