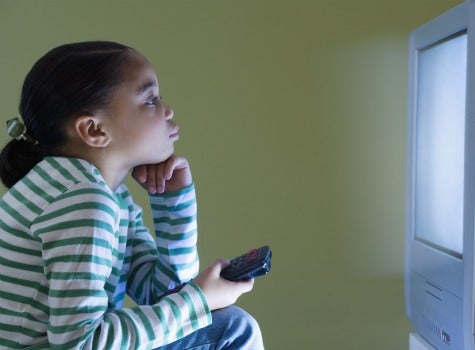 The much-hyped premiere of MTV’s new show “Skins” aired this week, and a few days later sponsors began to drop from the show like blackbirds in Arkansas. “Skins” follows several young kids around as they get into a host of mess, from pill-popping to sex to fights.

Of course, this in itself isn’t news; but the ages of the “actors” are. Their ages range from just 15-17 years old, and because of this, MTV is currently under investigation for possibly violating child pornography laws…


We grew up with MTV like most kids of the ’90s. They were our outlet and direct source for all things young, hot and fresh. Maybe it’s our age, but as we get older we don’t see things the way we used to, and we’re beginning to question if TV has finally crossed the line.

The airing of this show has us not only questioning MTV’s thinking, but also has us raising our eyebrows at the state of American programming. Networks these days go to extremes to shock and awe their audience. Has our love for reality TV and all things salacious gone too far?

From the “Jersey Shore” to the “Basketball Wives” to the “Bad Girls Club,” it seems that everything that is bad is not only good, it’s a money-making machine. The worse you are, the more likely you are to get a show, a book deal and your very own fragrance. It seems that in order to get ahead in this world, you need to put the worst version of yourself out there for the rest of the world to gawk at. Whatever happened to getting a gold star for good behavior?

With each “scripted” reality show that airs, the line between entertainment and exploitive blurs more and more.

We’re not sitting here clutching our pearls and feigning to be the queens of all morality, but we do wonder, however, what kinds of messages are we sending to our youth? What does it say about the state of us as a nation when the most popular shows on TV are the ones that glorify and reward reprehensible behavior?

We always tell our young cousins to study hard and pay attention in school, so that they can be successful. But that’s not how success is measured anymore.

If you make a sex tape with a celebrity and get pregnant with their child, you are now a “star,” worthy of a magazine cover and diaper endorsement. We tell kids to be respectful and use their words instead of fists, but then we sit and cackle as wigs get pulled and tables get tossed on the “Real Housewives.”

If being bad is the new path to success, is it enough to be good, for goodness sake?