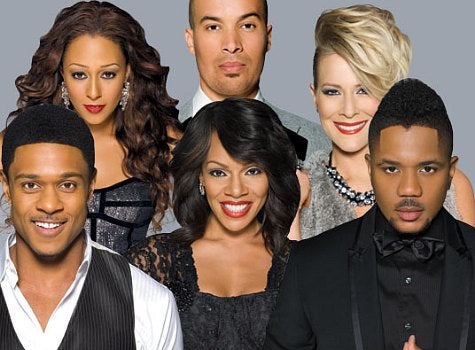 When’s the last time your favorite TV show was yanked off the air, only to resurface a year and a half later on another network? Can’t remember, huh? That’s probably because stories of redemption in the unforgiving, battle-scarred world of Nielsen ratings are rarer than a solar eclipse.

A second chance is just what the New Year brought Derwin, Melanie, Jason, Kelly, Malik and Tasha Mack, otherwise known as the gang from “The Game.” Dissed and dismissed by The CW in 2009, the sexy, trash-talking cast re-emerges January 11th on BET — hotter, funnier and realer than ever.

A sneak peek at the long-awaited fourth season shows the network is using its second-ever scripted show as an opportunity to break in new (and established) talent: For starters,”106 & Park’s” Terrence J switches sets to makes his memorable — if not steamy — sitcom debut. Members of the fictional football team (and the women who love them) trade the bright lights of Hollywood for the suburban sizzle of the Black Mecca, ATL, complete with a cameo from “Real Housewives of Atlanta” star Sheree Whitfield. And actress Meagan Good — longtime girlfriend of real-life football star Thomas Jones — gives her own sultry spin on that infamous R. Kelly, Mr. Biggs “Down Low” saga, breaking hearts in and out of the locker room.

But new faces and surroundings aren’t the only noteworthy changes here.

BET has made this “new” cast edgier than in past seasons: although many of “The Game’s” original writers are still around, they’ve clearly been given the go-ahead to “enhance” the personalities of already tough-talking characters like Tasha Mack, who has a little more swagger this time (of course letting Rick Ross bump in the background helps), which may explain why she comes off as more of a pimp than a cougar in one of the first episodes.

More of a slick-talking, urban “novella” than a comedy at this point, deliciously scandalous storylines pulled straight from the tabloids also set things off nicely for “The Game” this year, giving the already addictive hour-long dramedy even more of a reality-show feel. Without giving too much away here, let’s just say that this season paternities are questioned, threats of physical violence are issued and relationships that have long suffered under the strain of arrogance and neglect reach a breaking point. In other words, s*** finally hits the fan.

In nearly every way possible, it is a brand-new day for the cast of “The Game,” but by the look of things, loyal fans will have no problem embracing the revamped series. And BET might just earn props among critics for saving and then breathing new life into one of the most memorable mostly-Black casts to grace the small screen in recent history. So take that, The CW.

Will you be catching “The Game” on BET tonight at 10pm?