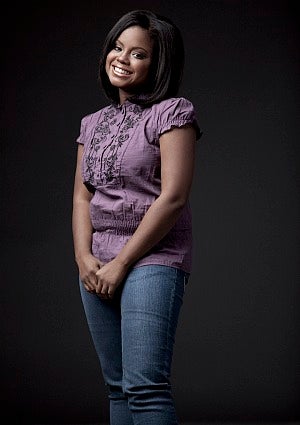 Today is National Black HIV/AIDS Awareness Day. While I am happy to have another day to help spread awareness about HIV/AIDS, I feel America has become complacent when it comes to AIDS and it weighs heavy on my heart because this month is also Black History Month. This month is used to celebrate the achievements and accomplishments of African Americans who came before us and made our lives and the lives of our children better.

HIV/AIDS does not discriminate and it affects every community. We cannot ignore the facts; AIDS is a bigger issue than we would like to admit in the Black community. The Black community is being disproportionably impacted by HIV/AIDS. Blacks account for almost half of new HIV infections; the current statistic is that we are 46% of all new HIV cases. Please keep in mind that we are only 12% of the US population.

We are the biggest obstacle in the fight against HIV/AIDS. We think AIDS is everyone else’s problem, because some of us have college degrees or are middle class, we think that we are somehow exempt from becoming infected, that the rules do not apply. Black middle class women don’t feel the risk of contracting HIV applies to them because they are not in the club every weekend or they don’t “sleep around” or they have standards when it comes to the type of man they date.

Many don’t even think about AIDS or they think they do not need a test because the men they date are clean cut with a nice job, a car and a home. Looks can be deceiving; do I look like I have AIDS? What does AIDS look like in 2011? As African American women, we must make better choices when it comes to our sexual health. HIV infection for African American women is nearly 15 times as high as that of white women and nearly 4 times that of Hispanic/Latina women.

The CDC estimates that more than one million people are living with HIV in the United States. One in five (21%) of those people living with HIV are unaware of their infection. This means that people could be unknowingly infecting others. Now do you still think that it’s not important to discuss HIV/AIDS in your relationship? Do you still think that you are not at risk? Ignorance may be bliss, but the outcome of ignoring AIDS is having a devastating effect on the Black community. There is nothing wrong with asking for an AIDS test. Testing for HIV is very important because while people are living longer with AIDS, I am sad to say that people are still dying because they found out their status too late for medications to be effective. Early detection can be the difference between life and death.

Although people are living longer because of medications, I would not wish my life or struggles on anyone. Some people look at me or people like Magic Johnson and think that they don’t need to be safe or use condoms because if they become infected, all they have to do is pop a pill. Yes, there are medications, but these medications are very costly! Furthermore, you are not just paying for pills, you must also pay for blood work and doctor appointments. Yes, there are government programs that help if you cannot afford the expenses, but with cutbacks across the country, many people who depend on these programs are being turned away and being denied the lifesaving HIV/AIDS medication they need. The first choice needs to be prevention through using condoms and getting tested.

No one should go into a situation blind. Please get tested! Get tested with your sexual partner because if you cannot talk about HIV/AIDS with your partner, is this the person you should be giving your body to? Please educate yourself and talk about HIV/AIDS with your family, friends, and co-workers. Help eliminate the fear and stigma. We cannot live in fear anymore. Our silence is killing our community. As a community, we have never been powerless and the most effective weapons we have in the fight against HIV/AIDS are our voices.

Hydeia Broadbent’s debut as a HIV/AIDS activist and public speaker began at the age of six. By the age of 12 she was appearing on national television programs including “Oprah,” “20/20,” “Good Morning America” and the “Nickelodeon Special Edition: A Conversation With Magic Johnson.” Today, Hydeia is a distinguished international public speaker and HIV/AIDS activist with a mission to educate women of all ages, especially young girls between the ages of 13 and 21.