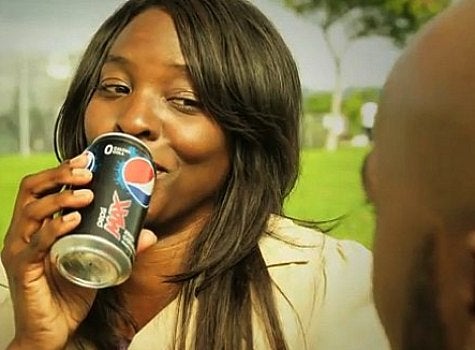 Some things never change. Forget about the fact that we have Michelle Obama in the White House as our First Lady: the epitome of a loving, fulfilled, supportive spouse, caring mother, and devoted sister friend.

Forget about the fact that most Black women we all know and love are very loving and caring about their men and would never physically assault them.

And forget about the fact that the overplayed stereotype of “the angry, dark-skinned, loud-mouthed, weave-wearing, menacing Black woman is dated — and for the most part, just flat-out mythology.

Yet, this past Sunday in the middle of Super Bowl XXXXV, with over 100 million people watching worldwide, a very familiar and ugly refrain of who we are as Black women was displayed for the entire world to see. Myths die hard, sisters. Definitions can last forever. And no woman on the earth has been more wrongly defined, mythologized and stereotyped than the American Black woman. Be clear that the ad we all grimaced at last night comes out of centuries of images and definitions about Black women that are rooted in slavery, Jim Crow, and the last thirty years of Black female success and independence.

Pepsi (until last night my personal favorite brand of soft drink) took defining Black women to a whole new level by airing a commercial showing a young Black woman with a perpetual scowl on her face, first slapping her boyfriend in the back of the head and mashing his face into his dinner plate. Then stuffing a bar of soap into his mouth; and finally brandishing a Pepsi can as a weapon to hit him as they sat on a park bench. When he notices a young White blonde woman in her very tight running shorts sitting next to him; the sister’s face turns angry and she throws the can. But he ducks and the can hits the young White woman in the head. The young woman falls to the ground and is left lying there as the Black man and woman leave the scene whispering “sorry” as they run away.

Okay, so what is wrong with this kind of ad, some are asking? Don’t Black women have a sense of humor? It was just a funny commercial, others say — Black women need to lighten up. Polls being run by Essence.com, Grio.com, and other Black online magazines and websites are surprisingly finding an even split amongst those who think the ad was offensive and those who do not. This proves that Black women are over-reacting, right?

First, online polls of this kind are not scientifically accurate (i.e., random sample) and they do not give us a demographic breakdown of who participated in the poll by age, income, etc. This is key because we know that people’s perceptions and opinions are often affected by their race, gender, and age. Secondly, what worries me most of all about what happened in this ad and some of the reaction to it that I saw on TV, Twitter, Facebook, and YouTube is that many who saw the ad during the Super Bowl thought it was “hilarious” and they immediately accepted the image portrayed of Black women as somehow being “normal” or “accurate.”

This is the point where our discussion must begin. In America, the “normal image” of Black women is as domineering, un-feminine, always angry, often mean, very materialistic, overly educated, overly independent, and stridently strong women who can’t get or keep a man. It doesn’t take a PhD in Sociology or African-American Studies to realize that the very overt and subliminal messages STILL being perpetuated about us as Black women are damaging to us in the workplace, in our relationships with men, in our relationships with other women, and most importantly to our self-esteem and that of our daughters, nieces and granddaughters. Perception often becomes reality and I don’t know any Black woman in America over 30 who can look at that ad in the context of her life and professional experiences and not bristle at its content.

In the final analysis, Pepsi may feel that all it did was run a commercial that was submitted by a 28-year-old man in a contest, and justify that it did so with no reservations because the ad was previewed by some of the “best experts in the media business.” That is simply not good enough, Pepsi, and you know it. The question we should all be asking of Pepsi and the many advertisers, ad executives and rap video producers who engage in this nonsense is: how many of those sitting at the decisionmaking table of these types of ads were Black women? Until we create our images, sisters, we will never be represented in a way that reflects the depth, breadth and beauty of who we truly are.

Sophia is a journalist and media commentator for MSNBC. She is the author of the forthcoming book, “Black Woman Redefined: Dispelling Myths and Discovering Fulfillment in the Age of Michelle Obama.” (Benbella May 2011)