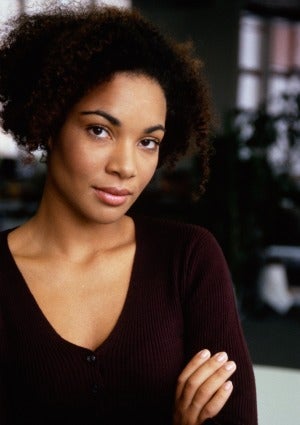 The color divide between dark skin and light skin African-Americans is still a very real issue in the Black community. As much as we would like to wish them away or pretend they don’t exist, the problem crawls from its hiding place every so often, and we are left to analyze its existence. What does it say about us as a community? Why is it still an issue? And what are the solutions?

Last week it was the “Team Light Skin vs. Team Dark Skin” flyer created by party promoters in Columbus, Ohio that caused quite the stir in the Twitterverse. Unfortunately, it wasn’t the last we would hear of the divisive teams based on one’s skin color…

Really, Mixed Chicks? Implying all light-skinned women have curls is just as careless as hashtagging a skin color. After several displeased tweeters expressed their annoyance with the company for perpetuating the long held notion that light skin is somehow superior to dark skin, the tweet was quickly removed. But the damage had already been done, and screen shots of the tweet had already been taken.

Their justification for the tweet was that they tweeted to #teamblasian (“Blasian” referring to those mixed with Black and Asian), #teamcurly and #teammixedchicks. In their minds there was no foul play, even though #teamdarkskin was conveniently excluded from their string of marketing tweets.

Many were frustrated by Mixed Chicks participation in an ill that has plagued us since slavery. Moreso, folks expressed discontent in how Mixed Chicks handled the ordeal after it was brought to their attention that their tweet was offensive.

They were oblivious to the historical significance of the intra-racial color divide where light-skinned Blacks were deemed better than darker-skinned Blacks. They didn’t understand in a world that glorifies the European standard of beauty — long hair, white skin, blue eyes, paper thin — claiming team light skin would indeed offend others.

Mixed Chicks finally apologized after immediately defending their tweets with the aforementioned reasons. The irresponsible tweet, above all else, was a marketing fail. The product already has a specific demographic; women of color with natural hair. However, in an attempt to market to light-skinned, they only made non-light-skinned customers feel unwelcome.

At the end of the day, one irresponsible tweet will have lasting consequences for Mixed Chicks. And they will need to figure out what they can do, if anything, to regain the patronage of the customers they undoubtedly lost. But what can we do to dismantle the color divide once and for all?

Bene Viera writes about relationships and culture on her blog, Writing While Black.