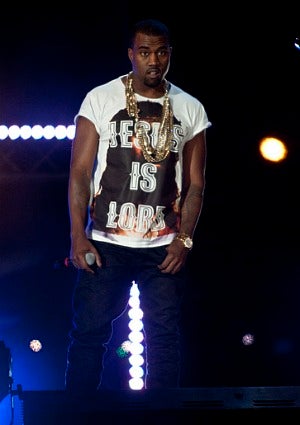 It didn’t take long after the release of Kanye West’s debut album “The College Dropout” in 2003 for the rapper/producer to become known as one of the most fascinating personalities in pop music. Introduced to mainstream audiences as an artsy “backpack” rapper with an awkward stage presence and confidence to spare, the Chicago native managed to galvanize both hardcore hip-hop heads and top-40 music fans almost instantaneously, but over the past few years West’s over-the-top antics and boisterous personality have stolen the show from his music. With the upcoming release of “My Beautiful Dark Twisted Fantasy,” the artist again fights to restore his name in the public eye and remind people that his work is supposed to be the focus. West’s name is suddenly in the mouths of people who would never listen to his music; you’ve got media folks like the “Today” show’s Matt Lauer conducting one of the most awkward interviews of both their careers. And then you have hundreds of lesser-known “mainstream” (read: White, non-“Urban” with little knowledge of hip-hop) journalists weighing-in on Kanye’s MTV/Taylor Swift stunt from two years ago. Then, of course, the George W. Bush debacle, with the disgraced former POTUS describing West’s remarks about his Katrina response as one of the lowest moments of his eight-year presidency. Even if you don’t have the greatest affinity for Kanye’s music or his public persona, it can be a bit hard to watch as the media both encourages him to misbehave and at the same time vilifies him for his actions. For all the great things fans can say about West (one of the most gifted musicians of his generation, a style icon, and yeah… the “George Bush does not care about Black people” comment should be worth some points), there are things that are just a bit too annoying to ignore. Even if you let the Hennessey-fueled bum-rushing of the VMA stage slide, you have the comment about biracial women being “mutts” and the saving grace of music videos. And the new fascination with White women and the taboo of miscegenation (which is a little offensive coming from a man who was made a man by a sister named Donda on the South Side of Chicago), it all doesn’t sit so well with everyone. Oddly enough, though his ex-flame Amber Rose self-identifies as Black, he has referred to her as a “bald-headed White girl” on wax. It seemed that the fact that she appears “White,” yet has “Black” features was the appeal of the stripper-turned-model. Through all the bad press and bratty behavior, Kanye West just appears like a troubled genius who would do well to have the help of a therapist and perhaps some real friends in his corner, as opposed to the hangers-on and groupies who tend to shadow the rich and famous. He seems genuinely sad and insecure and is very honest about these themes in his music, but simply saying “I’m lonely sometimes” does not mean one is able to do the work of healing themselves. Unfortunately, when an individual reaches that level of fame and fortune, few people will say “You need some help.” Instead, there are those who will gladly keep him high and on his high horse. We saw this scenario play out with the most tragic consequences for Michael Jackson. Hopefully, the release of his new album next week will mark a return to the focus on Kanye the Artist, not Kanye the Spectacle. And perhaps as fans remember why he’s here in the first place, he can focus on that as well. Jamilah Lemieux writes about race and culture on her blog, The Beautiful Struggler.