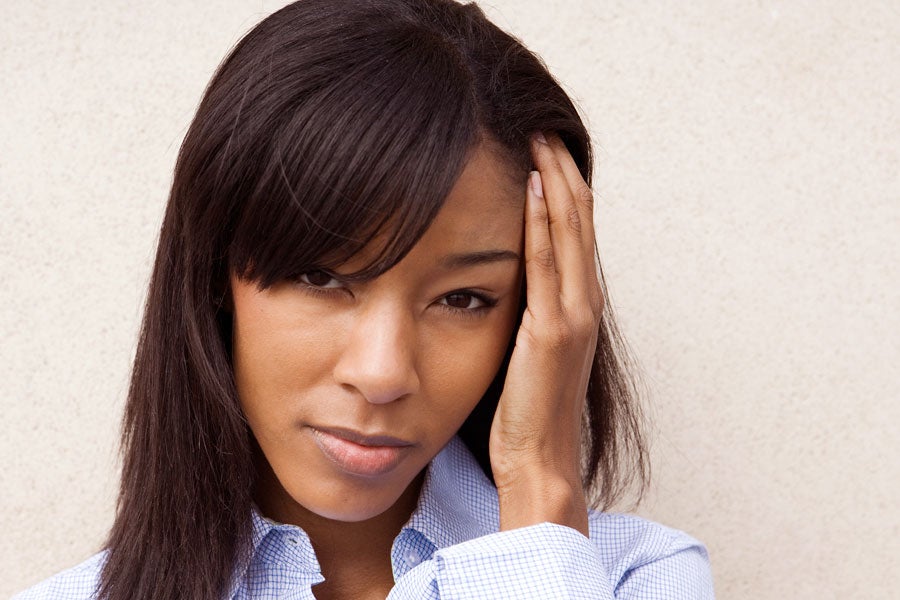 My entire life, I was a little off. My report cards read like, “Bassey is a good student but she talks too much” and “Bassey’s a great student but she can’t sit still.” My favorite was the note from my 3rd grade teacher: “Bassey has a bubbly personality. I wish it would bubble only at recess.” I was a handful as a kid — too much energy and no place to put it. I lost myself in books because they settled me down. Gave me focus. Otherwise, I was all worry and anxiety and panic attacks and frustration and thoughts racing and inexplicable sadness and can’t sit still. Too much. I spent most of my life learning how to adjust to my mood swings and impulses. I developed ways to alternately shut down when I could feel myself rising too high and pretend to be “okay” when I found myself falling too low. As I got older and took on this role of “artist” — my quirks were suddenly charming and part of the Leo artist territory. I’d finally found a way to hide this inexplicable something that seemed to rise up in me every once in awhile. I used the insomnia to write. I used the depression to rest. It was a delicate choreography that took years to perfect. Then in 2004, I couldn’t dance my way through it anymore. The depression. I was asked to join the touring company of a Tony Award Winning Broadway show, “Russell Simmon’s Presents: Def Poetry Jam” — an opportunity of a lifetime that honored by years of writing and performing. I jumped at it without considering how being on tour would disrupt. Harm me. I was in a different hotel, in a different city way too often, and I struggled. I spent most of my time lying on hotel room floors waiting for morning or something to kill me. I rarely if ever slept. I rarely if ever ate. I was a shell. But I swore I was okay — acted all extra-bubbly and alive at rehearsal; willed myself to laugh and smile with the cast; tried to emulate “normal” people. Laugh at the same jokes. Try not to laugh too loud. Try to keep from talking too fast. Maybe have a drink or four. I did this as much as I could until two cities into the tour, I was exhausted again. Lying on a hotel floor again. Willing morning to come again. One night, the tears followed me from my hotel room to the theatre. In my dressing room, while preparing for the show, I completely broke open. I was found in the fetal position underneath the sink, crying and shaking. I left the cast and went home to Brooklyn the next day. I saw doctor after doctor all in one day, and pretended to them all so they could give me the “You’re normal” stamp of approval. The third doctor saw right through my charade. She called a psychiatrist and I went to see him the same day. I was diagnosed with bipolar II disorder and I was in crisis. It had a name, so I was relieved but scared at the same time. It was a mental illness. How was I supposed to be normal now? The last few years have been a struggle but finally, after six years of ups and downs, two hospitalizations, the death of a good friend and the birth of my son, I finally feel as though I’ve found the right combination of medication and determination. I’m happier than I’ve ever been in my life. I’ve worked hard to get to this point and will not let myself back slide. And I’ve made it my mission to educate and encourage mental health awareness in the Black community. Too many are afraid of the stigmas and judgments that come with openly admitting you need help and sleep and permission to cry. You think mental health and you conjure up images of men and women on the street muttering to themselves. That is a reality, but it’s a reality for those who don’t have access to treatment and medication. The rest of us look like me — the girl in the coffee shop in her designer jeans and fabulous shoes who manages her mental health every day. It’s time to change the face of mental illness. There’s no shame in what I and millions more like me have been through. And I hope to encourage others to speak up, hold their heads high – to let go of the stigmas and get help. Getting help takes strength. Staying healthy takes strength. Being here takes strength. Feeling good is your right. Fight for it. Bassey Ikpi is a poet, writer and “purveyor of awesome” living in Washington D.C. Follow her on Twitter: @BasseyworldLive
Loading the player...