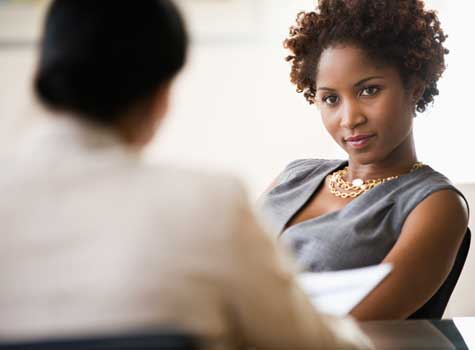 I once had an informational dinner with a young writer who wanted to pick my brain about all things writing from blogs to magazines to books. We were discussing the process of getting a book published and she asked me about my cover.

Me: They’re still designing it.

Her: Are you on the cover?

Her: You’re not afraid that will limit sales?

That wasn’t the reason I’d grimaced. It’s one thing to have my face splashed across a column every month in ESSENCE and occasionally pop up bigger and brighter in a story when I host a roundtable or go on blind dates. But I figure if I’m already antsy about the extreme criticism and expectations that come with anyone who gets attention, then what happens when my face is on a cover, not tucked safely inside its pages?

Anyway. Her curiosity didn’t come from the same place. She was concerned that I’d limit myself to Black World by being a Black girl on the cover. She thought an object, some words, something other than a Black woman might have been a better choice. For all of the reasons I’d struggled with having my face on the cover, that never popped into my head.

See, I’m Black. I work for a Black publication, most of my blog readers are Black as are my Facebook “friends” and my Twitter followers. My government name? It’s actually Greek (goddess of fertility…for a woman who’s never been gung-ho about kids). Still, some people think it’s the hoodest of all hood names. I’ve been asked more than once on Formspring, “do you think your name limits your opportunities?” And while there are non-Black readers and friends and followers, they’re showing up because they’re interested in what a Black woman thinks about. So hiding my Blackness never dawned on me. I’ve gotten pretty far just being Black. Could I go further? Maybe. Probably. But at what cost? Not sure.

I hadn’t thought about this conversation since the days after it happened (late last year) until I was reading a recent article on Clutch. “In Taking It Off: Should My Resume Say ‘I’m Black?'” Joi-Marie McKenzie wrote about a friend who asked her, “Why would you want to be Black on your resume? They’ll never hire you.”

Michelle is one of many Black women who have decided to dial back their Blackness in order to excel in corporate America. Whether the threat is real or conjured, Black women feel that they must assimilate and appear agreeable in order to obtain a position or be promoted in competitive companies.

Days after my conversation with the young journalist, I was still thinking about her observation. I finally reached this conclusion: If I was to hide my Blackness, or tone it down to “get in the door” or “affect change on the inside,” I’d get there, still be obviously Black, and be around people who may or may not be comfortable with Black me (and I wear it like a badge of honor).  They might want to go changing me around to make them more comfortable, which would leave me all out of sorts.

So if me being “too Black” or just Black at all is an issue, I’m in the wrong place… or hands. I’d rather have someone know upfront what they’re getting and I imagine if they buy or read or hire, they’re okay with me. If they like me, I hope they love me. But if me at my most fundamental and obvious is a turn-off, then I’d rather be passed by on the bookshelf and for the job.

Demetria Lucas is the Relationship Editor at Essence Magazine and the author of A Belle in Brooklyn: The Go-to-Girl for Advice on Living the Single Life (Atria) which will be published in June.  Her book cover will be unveiled on Twitter (@abelleinbk) March 26 at 2PM.